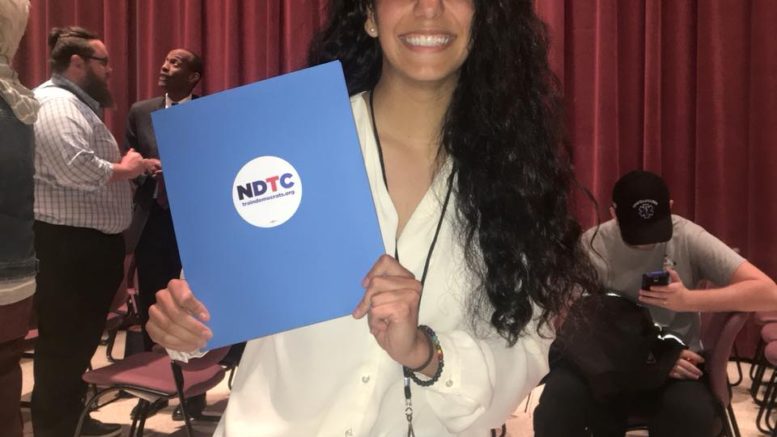 Over at the Guardian, Payday Senior Labor Reporter Mike Elk files a dispatch from Warwick, Oklahoma on how the media is missing the role of latinos in the historic Oklahoma’s Teacher’s Strike:

At a time when migrants are being demonized, some teachers on the road to Oklahoma City said they were marching to get more support for Spanish speakers and to better fund bilingual education.

Cindy Gaete, the daughter of Chilean immigrants, is one of the lead march organizers. She works at Marshall elementary school in Tulsa – a school that is one-third Latino. In a school with more 100 native Spanish-speaking pupils, she said, she is the only teacher who is a native Spanish speaker.

“The first thing I told my principal when I got hired,” she said, “is that if we are a third Latino, there should not be just one Hispanic teacher in your school.”

Without any support, Gaeta said, she has become a de facto pupil liaison for many teachers. She said she would like to see more Spanish speakers in teaching, but said many potential immigrant teachers were steered away from the profession because of low pay, and because they could not access higher education to get necessary teaching certifications.

Ultimately, in Spanish speaking areas and Latin communities, a knowledge of the Spanish language is undoubtedly a valuable asset. People who can speak Spanish as a second language can enjoy a long and fruitful career in higher education or business thanks to their knowledge of one of the most popular languages in the world.

Accordingly, if you would like to learn more about the benefits of being able to speak Spanish, you might want to consider researching language schools that provide business language training in your area.

“I would love for our applicant pool to become more diverse,” she said, “but again, it’s a lot harder when there are so many factors against the teaching profession.”