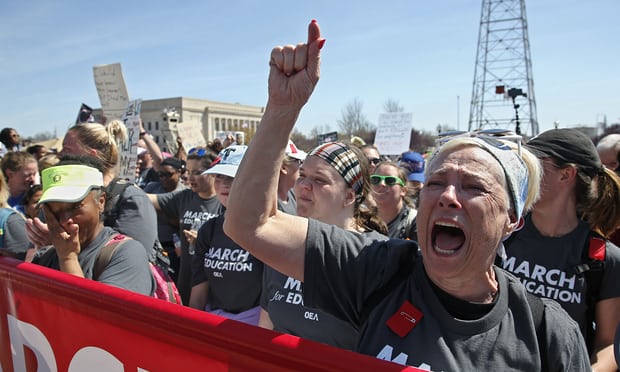 Over at the Guardian, Payday Senior Labor Reporter Mike Elk filed a dispatch from Oklahoma City on the end of historic 110 mile March for Education:

“I think it comes at a great time with the #MeToo movement and everything with women being able to finally take a stand and say: no more of this kind of treatment,” said Broeffle Musgrove.

Steven House, a sunglasses-clad local barbershop owner in his late 40s with a large scar on his right cheek, hopped out of his BMW holding peace signs in the air.

Go the Guardian to read a description of the full scene