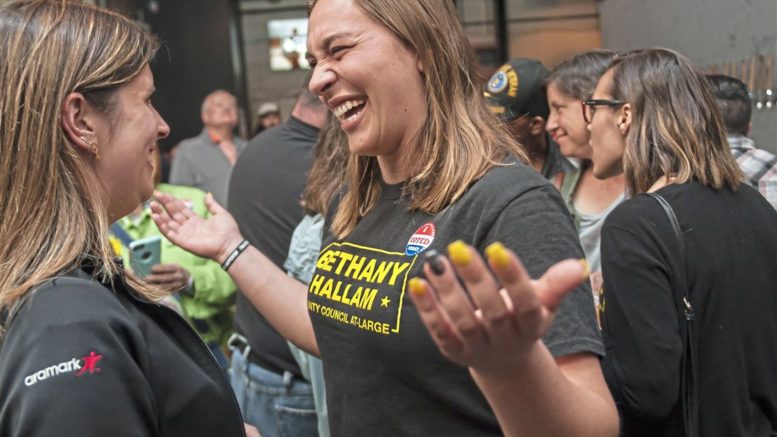 Greetings from the Burgh, where Payday recently ended a self-imposed self-employment strike until we could raise a $100. We raised $136 and even got a donation from a middle-aged bartender at a great yinzer dive bar in Greenfield, exactly our demographic of readers.

Big Investigation Coming Out in the Guardian Next Week

For the last two months, I have been working on a major investigation for the Guardian, which is slated to come out next week. As a result, I don’t get paid till the story gets done.

It’s gonna turn some heads, and I have a few finishing touches to put on it but pass the hat so I can focus on work and not worry about money.

Down in Chattanooga, Volkswagen management is attempting to fight the union drive by making changes to the workplace. It’s an approach known in union circles as “the lollipop approach,” where management tries to placate union members by saying “look, we heard you, we are changing, and you don’t need a union.”

Earlier this week, Volkswagen announced that they would be more conscious of sudden, unpredictable shift changes and limit mandatory overtime. Volkswagen then handed out flyers to tout the move.

So far, Volkswagen appears to be avoiding tactic like captive audience one-on-one meetings, which may antagonize relations with Volkswagen’s unions in Germany.

Fisher was popular with many plant workers when he helped start up the factory.

“Everyone liked him cause he is a one of a kind CEO that has stated during meetings he is no better than us production workers and walks from the parking lot every day with no reserved spot just like we do and will communicate with anyone who walks up to him work-related or not and the workforce here likes him for that,” said one pro-union Volkswagen worker, who wished to remain anonymous.

“So that means all the undecided will probably revert back to anti’s as working conditions improve back to normal even though he’s just temporary unless they fear his replacement could end up being as bad as pinto,” said the worker. “Pinto had his own private chauffeur which brought him to his office every day and was making this place miserable to work at.”

However, Volkswagen has brought back Fisher on other occasions to quell union support, and some pro-union workers remain unconvinced that he can change things in the factory.

During the failed attempt to unionize Volkswagen in Chattanooga, the UAW did not go door-to-door to talk to workers individually. This time around, the UAW is going door-to-door, and they report that union support is strong.

Also, the Chattanooga Labor Council has a full-time organizer this time around, who is focusing on building community support.

Last time in 2014, Volkswagen’s reputation didn’t get seriously challenged in the press as UAW agreed not to bash the company as part of a neutrality deal.

This time around, a group called Center for VW Facts, which the UAW says is not financially backing them, is running radio and tv ads blasting the company and highlighting how they lied during the Dieselgate scandal and exposing their union busters.

Center for VW Facts Founder Joe DiSano, a well-connected Michigan political consultant,  took to the pages of the Tennessean this week to highlight the role of union busters taking on the UAW:

Volkswagen has enlisted Terry Bowman to help lead its anti-union charge. But there’s a lot Bowman doesn’t want you to know. Bowman’s not quite the working stiff at Ford that he pretends to be. He’s a high-powered Michigan Republican Party official.

Thanks to the United Auto Workers, Bowman will enjoy the security of a pension when he retires. He also has reaped at least $30,000 in profit-sharing since the 2015 UAW-Ford contract. Bowman even got a $10,000 bonus when the deal was done. Yet he refuses to pay union dues also as he enjoys every benefit negotiated by the UAW on his behalf.

Currently, Volkswagen has no profit sharing plan, a significant point of contention with many workers.

A powerful backer of Joe Biden in Pennsylvania, Defazio’s political acumen was tested this week when he was defeated 29-year-old Bethany Hallam by a 7% margin in a countywide election.

Hallam was backed by the group UNITE, a political action committee launched by socialist State Representative Summer Lee, the first black woman ever elected to the State House from Western PA.

Also, defeated in the election was Denise Ranalli Russell, a long time ally of the fracking industry in Western PA by progressive challenger Liv Bennett.

The defeat of the two candidates is bittersweet revenge for Representative Summer Lee notably longtime Steelworkers Pennsylvania Director John DeFazio, who was heckled by a crowd of steelworkers at a hearing on the air quality crisis earlier this year. (See Payday’s story here on the ugly showdown here)

Traditionally, the Democratic Party in Allegheny County, backed by organized labor, which favors fracking, has pushed to expand fracking in the region. The local labor-backed Democratic Party has also been lenient on going after US Steel, whose constant violations of the Clean Air Act, has left Pittsburgh with the worst air quality outside of California.

The win by Hallam and Bennet, who focused hard on environmental issues shows that more upsets may be in store for candidates, who oppose environmentalists.

“In Allegheny County, the environment is the single best wedge issues, almost everyone in this city knows that their elected officials will sell them out on their air and water,” says UNITE political consultant Daniel Moraff.

The defeat of DeFazio and Hallam is the 3rd major defeat for the labor’s old guard in Western PA.

The two county council defeats this week have sent shockwaves through the political establishment as powerful pro-fracking Allegheny County Executive Rich Fitzgerald now is finally faced with well organized and powerful opposition to his political power.

Last month, I broke a major story for the Guardian on how Delta’s new uniforms containing formaldehyde were making flight attendants sick that was featured on the CBS Morning show.

Now, a group of flight attendants are filing a class action lawsuit against Land’s End, the maker of the uniforms. The Atlanta Journal-Constitution has the story:

Gilbert said Lands’ End sent her a replacement shirt that was “allegedly ‘untreated,’” but it made her skin “feel as though she had experienced a burn.” The uniforms are treated with chemicals for anti-wrinkle and stain-release properties.

Gilbert filed a workers’ compensation claim in January, and a dermatologist determined she is allergic to dyes and formaldehyde in the uniform, according to the complaint.

The lawsuit says Gilbert was placed on short-term disability leave from Delta from March 5 until April 2. She returned to work April 3, the suit says, and is now allowed to wear a black pantsuit and white blouse, which have not caused any physical symptoms.

The other plaintiff in the lawsuit, Monica DeCrescentis, is a Delta flight attendant in New York who alleges in the litigation that she experienced skin reactions, headaches, and a low white cell blood count over the past year that she has been wearing the uniform. She also alleged that the dye in the clothing transferred onto her body, sheets, towels, and other items.

DeCrescentis filed a workers’ compensation claim this month and was allegedly told that “only a ‘very limited supply’ of untreated uniforms would be released.” She is still required to wear a uniform for the job.

For more, go to the Atlanta Journal-Constitution.

Memo on How to Chauffer AFL-CIO President Richard Trumka Leaked

Finally, Splinter’s Hamilton Nolan has been tearing the cover off the ball on the union democracy beat. This week, he obtained a memo on how the AFL-CIO President likes to be chauffeured.

Go to Splinter to see the leaked memo in its entirety.

(Full Disclosure: Hamilton Nolan donated $20 to Payday earlier today, but we would have run the story anyway)

That’s all for Payday this week, pass the hat so we can enjoy an epic Memorial Day weekend.