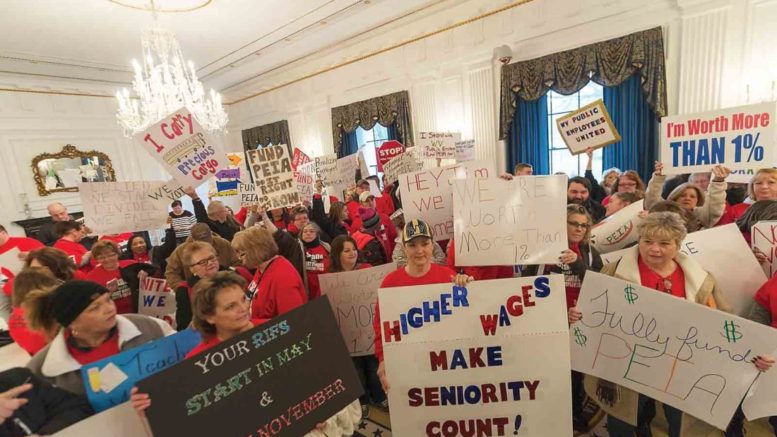 This Thursday and Friday, thousands of West Virginia Teachers in all 55 counties have voted to go on the first statewide teachers’ strike since 1990.

“We can’t wait, and we won’t wait,” said Christine Campbell, president of AFT-West Virginia. “The crisis in public education in this state has come to a head, and teachers and service personnel have reached their breaking point.”

Since this is the largest mobilization of workers in West Virginia in decades, Payday hopes to be there, but we need gas and travel money to make it happen.

So we need our readers to pass the hat so we can go down and cover it.

Donate here to help us pay for the gas to get to West Virginia.