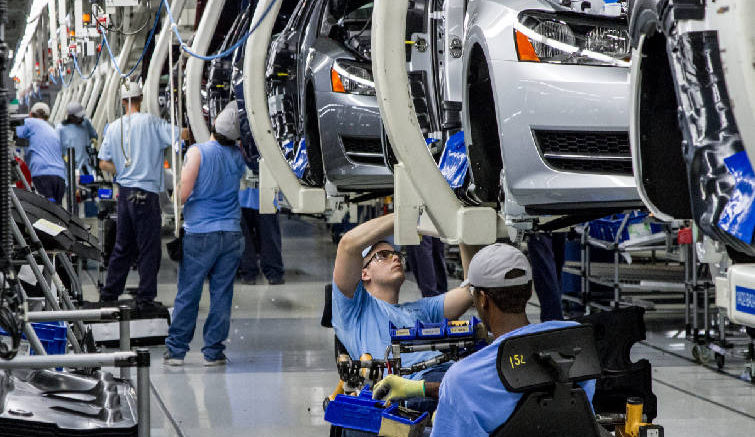 A friend of workers everywhere, Wayne Cliett, a union activist at the Volkswagen plant in Chattanooga, is having medical problems, and needs our help. Payday Report, as a Chattanooga labor publication, is proud to set up a special fund to help him out, which you can donate to here.

If you are curious about what kind of guy Wayne is, let me tell about a day with Wayne that I will never forget.

It was February 14, 2014, and the UAW had just lost the election at the plant by a margin of 23 votes. The No 2 UAW Committee was outside of the plant celebrating the defeat of the and shouting anti-union slogans.

Instead of being mad about the defeat of the union for which he had worked tirelessly on behalf,, Wayne Cliett went over and shook the hands of all those on the No 2 UAW Committee. He congratulated them on their victory.

The day after, I asked Wayne how he felt about it and I’ll never forget what he told me:

“I’m a stubborn man,” Wayne said. “Some are talking about quitting. I will be walking into the plant on Monday with my head held high and preaching the message of solidarity.”

Wayne Cliett never quit in the nearly three years since. Everyday, he has gone into work talking union. He has treated the people who disagreed with him with respect and candor and worked hard for a union future.

Take the words of folks who know him best from those long years.  Here is Chris Brown, Secretary-Treasurer of the UAW Local 42 in Chattanooga:

“I got to know Wayne 5 years ago at Volkswagen and I am honored to know him. Wayne is a good man and I consider him a good friend. He is a very straight up guy and you never have to guess where he stands on anything because he will let you know.  I respect this attribute in a person because this is the type of man that you can trust for an honest opinion and an honest answer.

It is with a sad heart that I write this after hearing of Wayne’s medical troubles. I knew he was going out for surgery but I did not know it would knock him down this long. Wayne is in need of our help now and I am asking the community here and other VW workers to help one of their own.”

Now, he needs our help. Wayne is going to be out of work for at least several months and is facing massive medical bills as well as loss of income. We have set up a separate bank account at Tennessee Valley Federal Credit Union for Wayne’s benefit.  Whatever money he  doesn’t use will donated to a cause of his choice.

So, go here, and donate to Wayne

Likewise, we have set up a fundraising benefit for Wayne at Fiddlers Anonymous Music School on Friday October 28th at 7:30. The bluegrass band Barefoot Nelle will be playing.

It will be a potluck and BYOB so we hope everyone turns out.

Fiddlers Anonymous is located at 2248 Dayton Blvd in Red Bank, Tennessee. Their school is across from Taco Bell. (The building was formerly Scenic City Scooter, and their old sign is still up, so don’t be confused). 2248 Dayton Blvd is the right place.