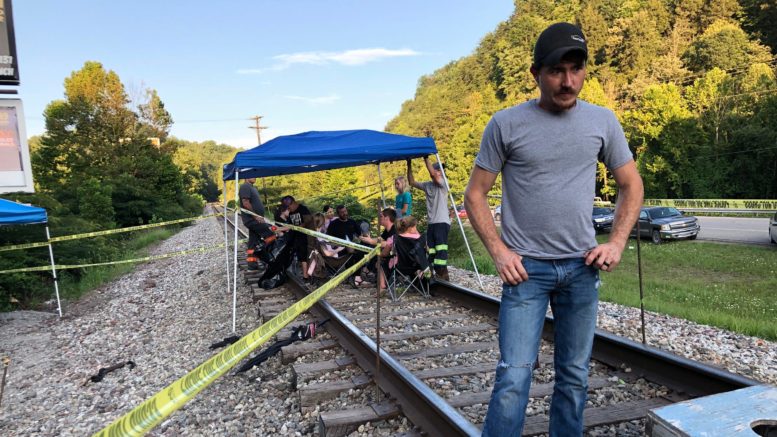 “We’re still here, gathered up here trying to figure out what’s going on with the coal they are trying to haul out of here,” says 22-year-old coal miner Cameron Cornett as he calls from the train track’s outside of Blackjewel’s Cloverlick coal mine in Harlan County, Kentucky.

For more than three days, hundreds of coal miners and their allies have been blocking the tracks refusing to allow a load of coal that they mined from leaving the site.

In early July, Blackjewel, which employs over 1,700 miners nationwide filed for Chapter 11 bankruptcy. Without notice from the company, workers’ paycheck bounced this much with many workers being owed as much as $3,000 or $4,000. This means that these workers could be facing bankruptcy issues too, especially if they have an outstanding debt that needs to be paid off, this could result in them contacting a Chapter 7 Bankruptcy Attorney Milwaukee firm or a legal firm within their place of residence, so they can get it handled as effectively as possible during this turbulent time with the business.

“We performed the work, we got their coal out, they don’t really care, we’re just workers to them,” says Cornett.

Blackjewel’s bankruptcy has left Harlan County devastated with more than a quarter of the working population in the historic coal county now without employment.

Despite lacking a union, workers at Blackjewel mine are fighting back. They are manning a blockade of the train tracks outside of the Blackjewel’s Cloverlick mine 24 hours a day with the support of many community groups and local unions.

Tents have popped up along the train tracks across the area. Children have begun to organize games as miners say that the train tracks have quickly taken on the feeling of a community festival.

Multiple GoFundme accounts have been launched, which have raised more than $12,000 to support the miners (To donate, go here or here).

Even Republican Senate Majority Leader Mitch McConnell voiced support today for getting the miner’s their backpay.

“We are really proud of our community; everybody is supporting us. Everybody is bringing out food and donations things like that out and really helping out,” says Cornett.

So far, the miners have been successful in blocking the coal train from leaving the site; so successful that a deal was negotiated with CSX to allow their locomotive engine to leave without the trainloads full of coal, which still remain blockaded at the site.

Cornett says that miners plan to stay till at least Monday when a federal bankruptcy proceeding will be held to deal with issues related to the bankruptcy of Blackjewel. Miners are hoping that at a federal judge at the hearing will order Blackjewel to give the workers their back pay.

However, workers on the train tracks in Harlan County say they are willing to fight until victory.

“It feels good to fight back,” says Cornett. “We are willing to hold on for as long as it takes.”