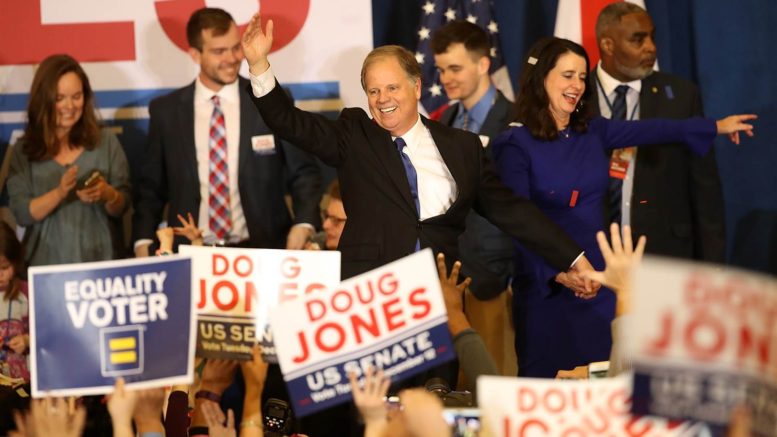 Payday Senior Labor Reporter Mike Elk filed a dispatch for the Guardian looking at how Doug Jones, who hails from a union family, plans to use his office to help labor in the State:

On the stump in Alabama, Jones bragged of growing up in a union family as the grandson of unionized steelworkers both employed by US Steel in Birmingham. Jones himself worked a summer job as a member of the steelworkers at US Steel Fairfield Works in order to pay his way through college.

“Doug is one of those unique guys that comes from a working-class background made good by going to law school,” said Daniel Flippo, the steelworkers director for Alabama.

After law school, Jones worked as a lawyer at the firm of Whatley Drake, where he represented unions.

“The steelworkers run deep in his family,” said Flippo. “To have a senator from the state of Alabama that has those roots means a lot. You don’t see that often and that is why we worked so hard on this campaign.”

Jones has already told labor leaders that he is going to hire a full time labor liaison to coordinate his efforts on behalf of Alabama’s labor movement. Jones’s office could play a tremendous role in engaging political and community leaders to get behind efforts to organize the state’s growing auto industry.

Be the first to comment on "Guardian: Doug Jones Plans to Hire Full-Time Labor Liaison to Help Unions in Alabama"