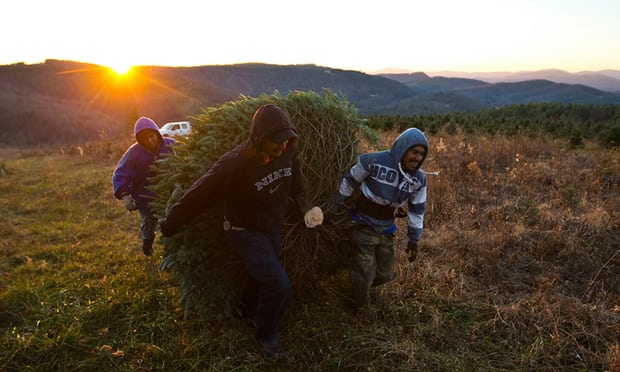 Christmas tree workers in the mountains of North Carolina face exploitation, but are fighting back with the help of the Farm Labor Organizing Committee (Chris Keane, Reuters)

Writing for the Guardian, Payday Senior Labor Reporter files a report on the conditions facing Christmas tree workers this season:

In the mountains of North Carolina, workers at Hart-T-Tree farm in Grassy Creek say they had their wages stolen, were exposed to hazardous chemicals, and lived in constant fear of injury on the job. They also say they faced intimidating bosses pushing them to work harder in order to meet the holiday demands.

So they decided to organize to fight for their rights as members of the Farm Labor Organizing Committee – and won a $350,000 wage theft settlement against their employer.

The company acknowledged that mistakes were made and said they were being addressed. “We want to make it clear that we care about our workers and their safety has always been important to us,” a spokesman said.