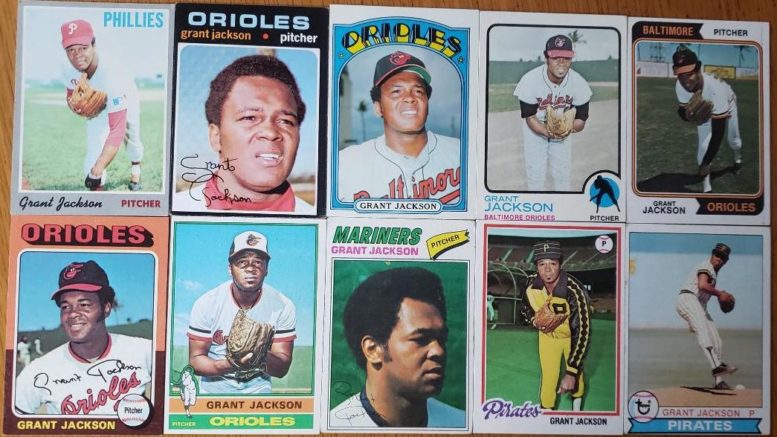 PITTSBURGH, PA. – Last night, Payday Report learned that legendary Black Pittsburgh Pirates player Grant “Buck” Jackson, who was the winner of the World Series Game 7 in 1979, died of COVID at age 78 in the South Hills suburb of Pittsburgh.

A native of nearby Fostoria, Ohio, Jackson was an All-Star in 1969 for the Philadelphia Phillies, a pitcher in the World Series for the Orioles in 1971 and the Yankees in 1975, and ultimately won a World Series pitching for the Pittsburgh Pirates in Game 7 of the 1979 World Series.

A left-handed reliever, known for a deceptive pitch that he referred to as a “jive-fastball,” Jackson compiled a legendary 86-75 with 79 saves and a 3.46 ERA in 692 games from 1965 to 1982 primarily as a late-inning specialist.

“He was beaming with confidence,” former Pirates pitcher Don Robinson told the Pittsburgh Tribune-Review. “He knew he was going to go into the game and get them out. When you see that, it pumps you up. You knew if he could do it, you could, too.”

Jackson went on to pitch two and ⅔ hitless innings as the Pirates rallied back to lead and win the game, making Jackson the last pitcher in Pittsburgh World Series history to win a ballgame.

Growing up playing racially integrated baseball in the factory town of Fostoria, Ohio, 45 minutes south of Toledo, and attending Bowling Green University in the early 1960s, Jackson was shocked by the racism that he faced when he first went down South to play in the minor league system.

In an act of defiance against racist taunts from fans in the Deep South in the early 1960s, Jackson developed a distinctive stride out to the pitcher’s mound, earning him the name “Buck” from one minor league manager.

“I reminded him of a cowboy when I walked to the mound. You know, bow-legged, pigeon-toed, walking like I was ready to draw a gun,” Jackson told the Sporting News in 1975.

In an interview with Payday Report on Roberto Clemente Day in 2020, Jackson said that seeing pioneers of the 1950s like Clemente no longer stay silent about racism in the game was a huge inspiration for him.

“Clemente was a hero to me and others coming up in the minor leagues in the 1960s because he was willing to stand up and call out racism when so many were told to stay quiet,” said Jackson. “Clemente wasn’t that kind of guy when he saw racism, he spoke up, and that had a big impact on me.”

Jackson recalled once playing in Little Rock, Arkansas, and getting shot in the leg with BB guns from a white spectator hiding under the stands.

“I went and told my manager that is my last inning,” he said of pitching in Little Rock. “I told them I got a college education, I’ll go [back] to Bowling Green University, I’m not staying here.”

Jackson told Philadelphia Phillies management that he was willing to quit baseball if the Phillies forced him to keep playing in the minor leagues in the South. He insisted that the ballclub bring him up to Philadelphia to play for the major league club.

Bowing to Jackson’s demand, the Phillies called Jackson up to the big leagues two days later.

“That was my last time in the minor leagues,” Jackson said of what would later begin a legendary 18-year career in baseball.

Jackson’s former protégé, Pirates centerfield, Omar Moreno, eulogized him in a release on behalf of the pitchers.

“The Moreno family’s heart is broken,” said Moreno. “ ‘Buck was like a father to me. He was a great friend and confidant. His words of wisdom made a difference in so many aspects of my life. He taught me the value of being genuine and sincere.”

Due to COVID, the family will be having a private funeral service. A memorial guest book page for family, friends, and fans of Grant Jackson has been set up to sign has been set up for Grant on Legacy.com

Be the first to comment on "Grant Jackson, Legendary Black Pitcher Who Fought Racism in the South in the 60s, Dies of COVID at 78"