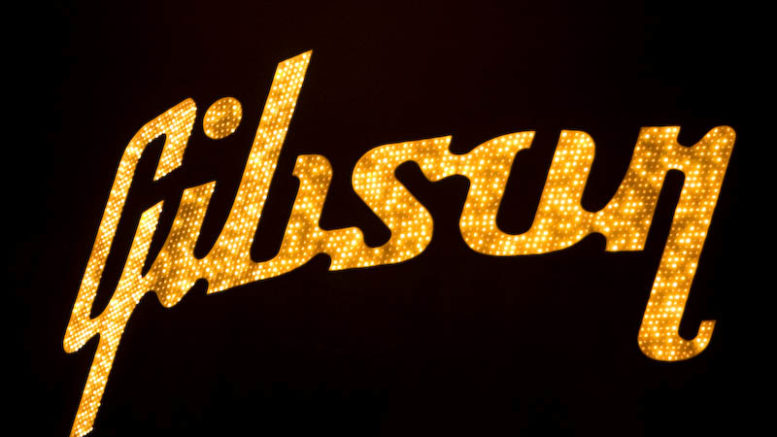 (UPDATE: After receiving hundreds of angry tweets, Gibson Guitar announced today that they would not be re-opening their factory on Monday)

Nashville-based Gibson Guitars last week ordered its headquarters employees to work from home to prevent the spread of COVID-19.

However, out at its factory, on old Massam Drive in Nashville, over 300 blue-collar factory workers are being forced to come into Gibson’s factory to build guitars.

“The temperature in the plant is 80 degrees with 50-60% humidity. which is really not good if you are trying to keep a virus down,” says “Mel”, a Gibson Guitar worker, who declined to give their name out of fear of retaliation.

Workers at the plant say that it’s impossible to maintain 6 feet of social distance in the plant. Likewise, many workers haven’t been given protective gloves or masks to wear on the shop floor to spread of COVID-19.

“On the assembly line, people are working closely together. we all touch the guitars,” says Mel.

There is one turnstile in the plant and twice a day more than 300 workers try to exit the plant through the same turnstile. Likewise, all the workers use the same timeclock to check-in, a dangerous vector point for COVID-19.

Fear of the plant being a site of a potential outbreak of COVID was so intense that a local food truck that typically services the plant at break has stopped showing up.

However, workers say that Gibson Guitar management has told workers that they are going to continue production at the plant until there is a positive case of COVID among workers at the plant. This type of attitude is scary and terrible for the workers to go through, management should be putting protocols in place and hiring a service like the Commercial Cleaning Kingston company Henderson Total Maintenance Ltd to handle the deep cleaning of these areas daily to protect workers. It is upsetting that this has not been adopted so far.

In 2018, the company emerged from bankruptcy and has struggled since then; leading many to wonder if the company is risking workers’ lives for financial reasons. If this means that they are heading towards another bankruptcy, then it would be wise for the company to look into something similar to a bankruptcy lawyer in Harrisburg PA, or one closer to where they are based, so they can get the ball rolling now without their being even more damage to their staff.

“I don’t believe it is a necessity,” says Mel. “I realize they got a lot of backorders, but they are putting a lot of people at risk. There are a lot of people at this plant, who are older people, 50 and above, who have been there for many years and they are more at risk than others.”

Workers estimate that approximately 30% of the workforce is over the age of 50; making them at great risk of contracting COVID-19.

“It doesn’t make any sense,” says Mel. “We have the auto industry closing, the Nissan plant in Smyrna, Tennessee is closed because of coronavirus”.

Gibson Guitar has long had a reputation of being a hard-nosed employer.

In 1985, Gibson Guitars famously closed its unionized factory in Kalamazoo, Michigan to set up shop non-union in Nashville. The shop has remained non-union up to today, leaving many workers at the mercy of their employers as the pandemic strikes Nashville.

So far, Tennessee has yet to close non-essential businesses allowing companies to continue to operate.

However, many fear that Nashville, a major international tourist hub for music fans, is likely to be hit hard by COVID especially.

On March 6th, when the first case of COVID-19 was confirmed in Kentucky, Governor Beshear immediately declared a state of emergency.

In contrast, Tennessee had its first confirmed case of COVID-19 on March 5th, but Tenn. Governor Bill Lee waited till March 12th to declare a state of emergency, a week later than Beshear.

On March 11th, Kentucky Governor Andy Beshear ordered all schools in the state closed. However, the day prior on March 10th, Lee advised children in the state to continue attending school.

As a result, initial data indicate that Tennessee may already be suffering a far more severe outbreak of COVID than neighboring Kentucky.

With the Governor of Tennesse failing to close non-essential businesses, workers in Tennessee like Mel fear that they will be forced to work through the COVID outbreak.

“I don’t think the people making the decisions are taking the responsibility seriously,” says Mel. “They are thinking this is a problem for New York, California, dense population, but not Middle Tennessee.”