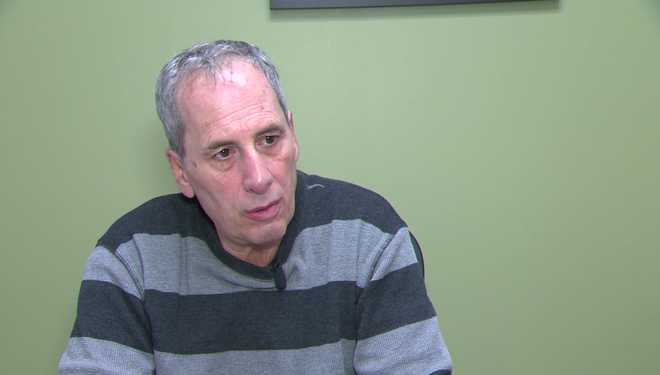 PITTSBURGH, PA. – Over the past few months, Payday Report has learned through interviews with journalists in Pittsburgh that former Pittsburgh NewsGuild President Michael Fuoco may have used NewsGuild funds as part of outings related to his sexual harassment of younger female staffers.

The revelations from these sources not only raise alarms about Fuoco potentially using union dues to fund his acts of sexual misconduct within the NewsGuild, but they may also prompt an independent investigation by an outside law firm.

Under federal labor law, the misuse of union funds is a federal crime that if left uninvestigated, could put the union in jeopardy. Some union officials have been prosecuted on felony embezzlement charges for only owing a few thousand dollars.

So far, though, the national NewsGuild President Jon Schleuss has failed to answer calls from angry NewsGuild union members that the union should issue an independent investigation into Fuoco’s conduct while he was President of the Pittsburgh local NewsGuild.

As Payday first reported, and later confirmed in reporting by The New York Times, Fuoco stands accused of using his former position as President of the Pittsburgh NewsGuild to maintain sexually exploitative relations with journalism students, interns, and aspiring young female journalists.

Fuoco’s sexual misconduct was so widespread that one woman in an interview with The New York Times dubbed him “the Harvey Weinstein of Pittsburgh.”

The Pittsburgh NewsGuild has denied allegations that they knew of sexual misconduct by Fuoco. However, past and present Post-Gazette reporters — both in interviews with Payday Report and elsewhere — have stated that NewsGuild members were well aware of Fuoco’s sexual misconduct.

Indeed, many of the instances occurred at NewsGuild happy hours that were largely financed by the union.

Earlier this month, Washington Post education reporter Moriah Balingit, a former Post-Gazette reporter, who was harassed at a NewsGuild happy hour, tweeted about the ignorance of the PGH Guild, writing: “Hi @PGHGuild, this statement is pathetic and woefully inadequate. There was no ‘cover-up’? Members of your executive committee WITNESSED SOME OF THIS HARASSMENT.”

Now, Payday Report has learned through several anonymous interviews with people in the journalism industry who socialized with Fuoco that Fuoco was regularly known to party hard — often on the tab of the union.

“He would often skip out of work, supposedly to do union business, and you would find out later that he was out drinking at a bar nearby,” said one former Pittsburgh NewsGuild member.

Under the Labor-Management Reporting and Disclosure Act of 1959, the use of union funds for personal purposes is strictly forbidden. If Fuoco used union funds to finance his sexual misconduct, it could place Fuoco and the Pittsburgh NewsGuild in legal jeopardy.

“Unauthorized personal use of union funds is a very serious matter,” Michael Duff, University of Wyoming Law School professor, told Payday Report. “Depending on the facts, such use can rise to the level of embezzlement and violate federal law. Perpetrators can be subject to significant personal liability.”

If Fuoco did embezzle funds, the Department of Labor’s Office of Management and Labor Standards could decide to prosecute Fuoco as they regularly prosecute union leaders that use union expense accounts for personal purposes; some have been charged for only embezzling as little as $12,000 in union funds by marking down personal pleasure items as illegitimate expenses.

Fuoco served as Pittsburgh NewsGuild President for more than a decade. If he did indeed regularly expense personal pleasure on the union tab, he could easily owe the union thousands of dollars that would need to be returned to the union.

With many saying that Fuoco used the NewsGuild account freely partying, it raises the need for the union to do an independent audit to determine what exactly was done on the union dime.

If the union doesn’t conduct our own independent review on the NewsGuild, we open ourselves up to an even more costly, invasive investigation by the Department of Labor that could cost our own union far more in legal expenditures defending ourselves against a federal probe.

Earlier this month, national NewsGuild President Jon Schleuss, who both Payday Report and The New York Times revealed had repeatedly refused to take action against Fuoco for his sexual misconduct, was later repeatedly chastised at a virtual town hall attended by over 100 reporters. There, union members voiced their anger over the union’s inaction against a sexual predator in their leadership.

Many on the NewsGuild Town Hall Zoom call on sexual harassment asked to have an outside law firm come in, audit the situation, and present a full report on what occurred. Under federal labor law, if Fuoco was found guilty of embezzling money for his personal business, he would be forced to repay the union.

Despite being the president of the largest journalists union in the country, NewsGuild President Schleuss did not respond to multiple requests for comment.

Fuoco could not be reached for comment prior to publication. He has previously denied all the charges of sexual misconduct against him.

As a veteran labor reporter, I have covered numerous corruption and embezzlement schemes and I have interviewed scores of people familiar with Fuoco’s conduct. From these allegations, there appears to be sufficient evidence for the union to investigate what happened.

However, so far, national NewsGuild President Schleuss has refused to call for an independent outside investigation of what occurred under Fuoco’s leadership.

As a journalists union, we should be completely transparent with what occurred in our union, but through the incident, the union has instead shown the desire to hide what occurred from its members.

Its refusal to call for an independent investigation into how a top NewsGuild leader was able to get away with sexual misconduct hurts our growing efforts to organize digital media if the union were to become entangled in a long federal investigation.