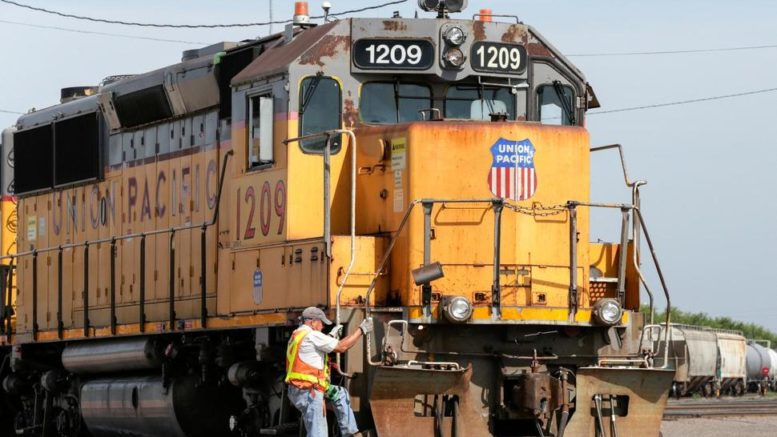 Greetings from the Burgh, where we are preparing for the holiday break and will be pretty off the grid till January 4th.

If we can somehow pull off a Christmas miracle and raise $100,000 this year, it would be a hell of an achievement for Payday.

Thank you to everyone who has helped us reach yet another record-breaking fundraising year for Payday.

As we wind down the year, there is nothing we are more proud of than our Payday Report Strike Tracker.

Everyone from NPR’s All Things Considered to The Economist to film director Boots Riley has cited our work tracking the largest strike wave in the U.S. since 1946.

Through our efforts, Payday has built the largest accessible collections of the stories of workers during this pandemic.

Through crowdfunding and crowdsourcing,Payday Report was able to pierce the corporate media bubble and present a narrative of the strike wave that publications otherwise would have ignored.

With Payday tracking strikes across the U.S., trade unionists in Great Britain have now launched #StrikeMapUK to track the increase in strikes there.

“Currently, there are no coordinated records kept of the strike action happening across the UK,” wrote the group in their mission statement. “Our map is an attempt to start to catalogue the action taking place and we hope will be useful to other workers.”

More than 30,000 railroaders, members of the Brotherhood of Maintenance of Way Employees Division at Union Pacific, are threatening to strike over unsafe COVID-19 protocols and a lack of full-time pay when quarantining because of the virus.

“The working conditions created by UP’s COVID-19 protocols have created a work site that is immediately hazardous to the life and health of our members,” Tony Caldwell, the union’s general chairman, said in a letter to Union Pacific Management.

It appears that a temporary federal injunction will be issued tomorrow to stop a strike, but in ten days, when the expected injunction expires, workers could choose to strike again or even choose to go on an illegal wildcat strike.

“To have [the] threat of a safety strike on the railroad is a big deal,” Railroad Workers United Co-Chair Ross Grotters told Payday Report this afternoon.

All over the West Coast, crab fishermen are going on strike over low crab prices. Tuesday was the first day of crab fishing season in California, but by Wednesday, no crab fisherman had dropped their traps yet.

“There was a meeting with some of the bigger buyers and they didn’t come to an agreement on a price that they feel comfortable with on both sides, so we’re kind of just sticking together up and down the West Coast,” crab fisherman David Toriumi told KSBW.

For more, check out KSBW.

When the COVID-19 surge was underway in California, Governor Gavin Newsome issued an emergency rule loosening nurse-to-patient staffing ratios. Now, with an increase in their caseloads, some nurses are planning to walk out today in Orange County, California.

“You have an 11, 12-bed emergency room that has 30 patients, 40 patients, and people expiring in the middle of the hallway with nurses running around,” one nurse told CBSLA. “They’re trying to help, and they cannot catch up. The number’s 6-to-1. Do you think one nurse can serve six people who are saying, ‘I cannot breathe?’”

On New Year’s Eve, prisoners with the Free Alabama Movement (FAM), which helped spark massive nationwide prison strikes in 2016 and 2018, are set to launch another strike. Prisoners performing labor in prison intend to go on strike for at least a month.

An average full-time worker incarcerated in Alabama prisons may make $40 per month, according to Swift, then the funds often quickly circulate back into the Alabama Department of Corrections (ADOC) price-gouging commissary. A pack of Newport cigarettes costs just over $5 in Alabama outside of prison; the same product costs over $11 behind bars.

While the scope of the upcoming actions is unclear, Swift said some people incarcerated on Alabama’s death row and in administrative segregation — known as solitary confinement — will go on hunger strike in response to FAM’s call.

According to FAM, the ADOC is in “the midst of a full-fledged humanitarian crisis,” and it claims state leaders aren’t doing enough to preserve and protect incarcerated people’s lives. As of December 18, there were nearly 1,800 COVID-19 infections and 50 deaths within the Alabama prison system, likely an underestimation due to low testing rates. More than 250,000 incarcerated people in the United States have contracted the virus, higher than the number of infections in entire countries, including Japan, Venezuela, and Norway.

For more, go to Truthout.

Finally, in Bessemer, Alabama, Amazon workers there could become the first in the country to vote to unionize. If successful, this would be the largest union victory in the South in decades and could open the door for more organizing in the South.

Our friend Michael Sainato has a look for the American Prospect at the brutal conditions inside of the plant:

Workers cited rates for picking items for delivery as high as 400 per hour or 2,500 per day. The rates have increased as Amazon’s peak holiday season has begun, even as coronavirus cases have constantly been reported among workers at the warehouse. “It’s kind of impossible to hit rates, we just do the best that we can. If we don’t meet rates, we get threatened to get demoted to the position where we started … They threaten you or you can get fired,” said an Amazon employee at BHM1 who requested to remain anonymous for fear of retaliation.

“It’s been frustrating. Every day there’s a new rule or something different we have to do,” they said. “People have been threatened with getting fired if they find out they’re involved with the union.”

A former Amazon employee at BHM1 noted that workers are forced to sign nondisclosure agreements before getting hired, which restricts them from sharing information on Amazon’s operations publicly. An Amazon spokesperson acknowledged the NDAs are part of hiring paperwork.

“The agreements we sign for employment bind us to not tell too much,” said the former employee. “Even when I quit, I got an email reminding me of our agreement.”

Alright, folks, that’s all for Payday today. Please continue to email us tips, story ideas, and links to [email protected].

And keep on donating so we can cover the stories that no one else is covering.

Be the first to comment on "30,000 Railroaders Poised to Strike at Union Pacific – Crab Fisherman Strike All Over West Coast – UK Strike Map Launched – Nurses Strikes Intensify in CA"