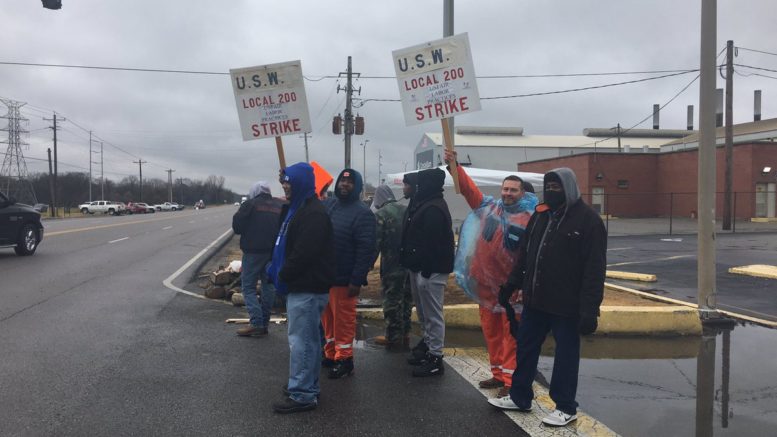 Greetings from the Burgh, where we’re preparing to take off for the holidays.

Donate to Our Holiday Fund

Fundraising for Payday is often a seven-days-a-week job, and that’s no different during the holiday season. We need to fundraise even more to make up for the break.

If you can, help us make up for lost work, and donate today.

And, thank you to all those who have chipped in this year. We are close to reaching our goal of 20 new subscribers this month with eight left to go!

Remember, the best way to support us is by becoming a recurring donor.

Today, at Stanford Hospital in Palo Alto, California, many nurses and doctors stopped working to protest an upper management decision to give the COVID-19 vaccine to “orthopedic surgeons, nurses treating outpatients and a dermatologist,” instead of frontline workers. The hospital was quickly forced to apologize to its workers.

“I’m here because we were promised, multiple times, that we would be vaccinated in the first wave, “ said Dr. Daniel Hernandez, an emergency room resident, told the San Francisco Chronicle. “They are making us volunteer in the COVID ICU, without extra pay on top of covering our own work.”

For more, check out The San Francisco Chronicle.

The strike wave rolls on in Alabama, where more than 400 steelworkers in Muscle Shoals have gone on strike. The workers say they’re upset with being asked to take healthcare cuts and do away with seniority provisions.

“They’re going on strike, the company has got health care demands on the table and all sorts of rollbacks,” Tom Conway, the president of the United Steelworkers of America told Bloomberg. “Most of those jobs have been decent jobs for a long time and this company is doing OK; there’s no need for what they’re asking for.”

For more, head to Bloomberg.

Payday Report was in Arizona in 2018 when teachers went on strike for the first time in the state. Now, union fever is spreading with workers at Arizona State University opting to unionize this week. More from The State Press:

“By organizing across the student-faculty-staff divide, as united campus workers, we can ensure that the university’s laudable commitment to access and innovation coincides with a commitment to just employment practices,” Casey wrote.

The chapter is a “wall-to-wall union,” meaning it is open for all ASU employees, including student workers, to join and unite “together to build power and resources to sustain our movement for justice and address specific-job concerns at” ASU, according to the website.

For more, go to The State Press.

This week, Ryan Deto at Pittsburgh City Paper dropped a bombshell exposé on how professors at Point Park College helped to cover up the sexual misconduct allegations against their instructor, Michael Fuoco.

One of the most startling revelations was that Bill Moushey, who authored the book “Game Over: Jerry Sandusky, Penn State, and the Culture of Silence,” didn’t practice what he preached when he failed to inform officials about Fuoco’s sexual misconduct.

From the City Paper:

The former student who had a relationship with Fuoco says she contacted Point Park journalism professor Bill Moushey in 2005 and informed Moushey about Fuoco, since she knew he was starting another relationship with a Point Park student. She says Moushey, who published a book about Jerry Sandusky and the cover-up of sexual assault at Penn State, was close friends with Fuoco.

“Bill Moushey didn’t ever cross a line, but he basically protected his friend who was the biggest creep in Pittsburgh,” she says.

A survivor of Fuoco’s sexual abuse, Diana Kelly, also told the City Paper that she wished that the University of Pittsburgh had listened to an anonymous complaint against Fuoco made by a friend of hers.

“If the university gets a complaint and a victim’s name is mentioned, like in my case, then maybe I would have talked, and maybe they could have saved me,” Kelly told the City Paper “But it obviously didn’t happen.”

For more, check out Ryan Deto’s long-form in the Pittsburgh City Paper.

Donate so we can keep up the labor reporting that nobody else is doing.

And as always, the best way to support us is to sign up as a recurring donor today.