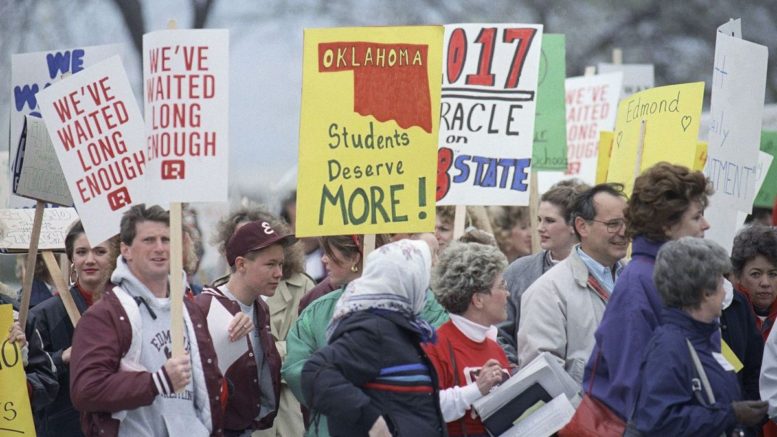 Writing for the Guardian, Payday Senior Labor Reporter Mike Elk has a how teachers in Oklahoma and Arizona made gains at the ballot box following their historic teachers’ strikes last year:

Last April, thousands of teachers across the state of Oklahoma went on strike; making increased funding for education and a seat at the table in education a priority. Now, educators have been swept in record numbers into office in Oklahoma. Earlier this month, 16 educators were elected to the Oklahoma state house; bringing the total number of educators in the state legislature to 25.

The wave of pro-education energy helped Kendra Horn become the first Democrat to be elected from Oklahoma’s fifth congressional district in 44 years and the first female Democratic representative to the House from Oklahoma.

Horn, 42, made education funding a central focus of her campaign and had many teachers going door-to-door on her behalf.

“We saw a greater involvement of teachers than ever before during this political process over the last six months when we moved from the walkout to the elections and teachers found their collective voice and they aren’t going anywhere,” said the Oklahoma Education Association vice-president, Katherine Bishop.

Be the first to comment on "Following Strikes, Teachers in Oklahoma and Arizona Make Big Gains at Ballot Box"