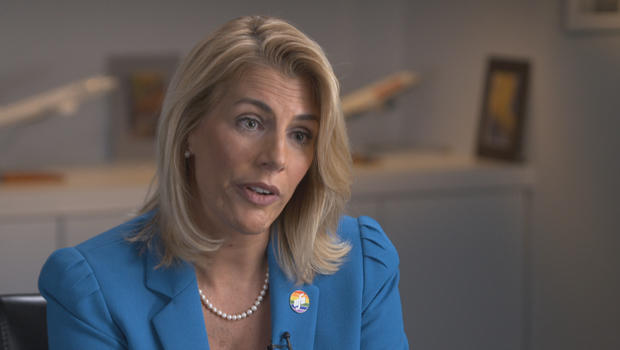 Greetings from the Burgh, where it looks like we’ll have another weekend working to produce our documentary looking at the Tree of Life synagogue shooting two years later.

Yesterday, we reported on Google contractor HCL in Pittsburgh union busting by moving work to Poland If you missed it, read the full report here.

The strike movement continues to grow in the US with at least 1,121 Strikes identified by Payday Report since March 1st.

In recent weeks, we are seeing an uptick of strikes concentrated primary in medical and teaching profesisons, where many workers particularly women, are on the frontlines at risk.

Check out our Strike Tracker for the latest update.

In Detroit this week, thousands of nursing home workers plan to strike at 15 different locations across the region. WLNS in Detroit has the story:

“We’re going on strike because if our workplace isn’t up to standard, it’s the residents who suffer,” said Carolyn Cole, a worker at Four Seasons Rehabilitation and Nursing.

After weeks of negotiations in which for-profit nursing home chains Ciena, Villa and Charles Dunn refused to reach fair solutions, workers are calling on owners to improve staffing levels to ensure quality care for residents, provide adequate PPE for the duration of the pandemic, pay frontline workers a living wage, and take responsibility for the crisis of COVID-19 within nursing homes.

“We’re going on strike over unfair labor practices because more than 2,100 lives could have been spared in Michigan nursing homes alone, if only owners had taken meaningful action. Just like we’ll use our power at the polls to vote out a president who failed to keep us safe, we’re joining together to demand the protection we need on the job,” said Mary McClendon, a worker at Ambassador Nursing Home.

For more, go to WLNS.

$113 From Our Recurring Donors Today

The best way to keep these fundraising plugs as short as possible is to sign up as a recurring donor today. We brought in $113 from our recurring donors today.

Become one of our more than 500 recurring donor today. You can also make a one time donation here.

During the government shutdown in January of 2019, Flight Attendant Union President Sara Nelson called on workers to go on strike to end the shutdown. Many airline workers followed Nelson’s call and engaged in a series of bold, often illegal actions shutting down airlines across the United States.

Now, with Congress refusing to pass a COVID-19 relief bill, which would provide much-needed support to tens of thousands of airline workers, Nelson is once again threatening a strike.

“If this gov. doesn’t work for us, we need to focus on the fact that it is our labor that gives all the value to this country,” Nelson said yesterday in a video address. “This country doesn’t run without us as workers. We have to think about that option as well.”

Just 2% of All OSHA Whistleblower Complaints Have Been Resolved

OSHA is failing to protect COVID whistleblowers from retaliation, according to a new study released by the National Employment Law Project.

The report also found that Black workers were twice as likely to face retaliation as other workers.

“Resolving a mere two percent of OSHA retaliation complaints in six months is a dismal record under any circumstances. It undermines workers’ confidence that they’ll be protected when reporting unsafe working conditions” conclude the report’s authors.

For more, check out the full report from NELP here.

A new Bloomberg report raises startling questions about the disability discrimination that many workers, who have COVID, say they are now facing in the workplace. Bloomberg has the story:

“The fatigue is just crazy,” said Donna Talla, 56, of Springfield, Va., who had to return to work as a media-company sales director when her short-term disability leave ran out at the end of August. “My brain’s not as sharp as it used to be, I don’t think.”

Millions of people could be dealing with medical issues including heart, kidney and lung damage long after the pandemic subsides. With no clear legal or regulatory guidance yet on how accommodating employers will have to be, Covid-19 has created a parallel predicament for businesses that carries numerous risks of litigation.

It’s unclear whether and how key workplace protections under the Americans with Disabilities Act will apply, leaving it up to employers and employees to sort out what accommodations can or should be made.

The uncertainty builds as preliminary research points to more long-term problems with Covid-19. A new study published Monday found about 4 out of 5 patients hospitalized with the virus suffer neurologic symptoms such as dizziness or confusion. Even in mild cases, those symptoms can last for months.

Catto exhorted Blacks to register as Republicans because the party had supported the amendment. In 1870, Blacks voted for the first time in Philadelphia and elected Republican candidates. Democrats were determined to keep Blacks from voting during the following year’s election. White thugs menaced voters outside polls. Dozens were injured. One man was murdered with a hatchet blow to the skull.

When Catto learned that African Americans were being attacked as they attempted to vote, he dismissed classes at his school and ran toward the violence. He was confronted by a mob. A scuffle ensued. Catto, unhurt, continued on South Street. He passed Frank Kelly, a white Democratic Party operative, who recognized Catto. Kelly raised his pistol. A passerby yelled out a warning to Catto, who began to run. A bullet caught him.

To read the full profile, head to the Washington Post.

Alright folks, time to clock out and enjoy the weekend. Send any tips, story ideas, or articles to [email protected]

And donate so that we don’t have to send out fundraising emails.