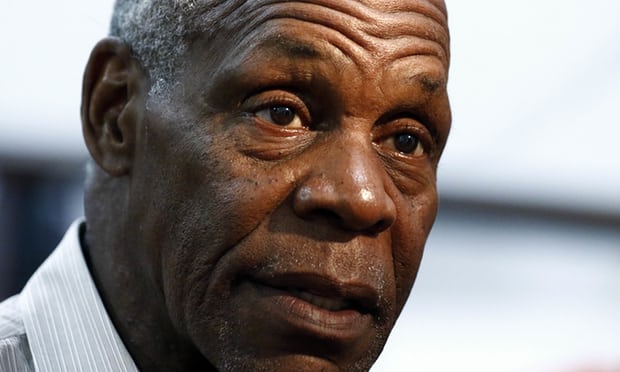 At age 73, actor Danny Glover could be seen limping as he helped to lead the historic 5,000-person “March On Mississippi” against Nissan.

Growing up the son of a postal worker union activist in San Francisco, Glover credits his militancy and success in life to growing up in a union household.

In an intimate 16-minute conversation with Payday Senior Labor Reporter Mike Elk, recorded in mid-August, Glover talks about his life-long role as a labor activist.

Glover has spent more than five years campaigning with Nissan workers. In that time, he has traveled to Japan, South Africa, and France to put pressure on the company to hold a fair election in Canton, Mississippi.

“The union has been a part of my life, my entire life,” says Glover. “So to be around these workers and watch them mature politically and to watch them grow and watch them become more strengthened by their own capacity is something that has been very wonderful for me.”

Glover was there in Mississippi earlier this month helping provide encouragement to the workers he had gotten to know over the course of a half-a-decade. He saw first hand the drastic effect that the company’s intimidation campaign had on workers prior to the election.

He compared the anti-union effort to restore faith in the company to the tent revivals used by Southern evangelicals to gain followers.

“It was a tent revival where the company erected a huge tent outside of the Nissan plant, visible from the highway, and they held a big anti-union rally,” says Glover. “There were radio ads. There were talk show hosts that were employed by the company to threaten workers.”

“Nissan spent millions of dollars on lawyers, radio, TV, and social media to create this campaign of fear and intimidation,” says Glover.

In an exclusive podcast interview with Payday Report, Glover lays out his plans for leading a global campaign to put consumer and governmental pressure on Nissan.

“A large number of African Americans have, as their car of purchase, the Altima,” says Glover. “If they were to hear what happened, in a public space, to these workers, they would be appalled at what happened to these workers. It is incumbent on us to get this information out.”

Glover says that consumers nationwide should start protesting at Nissan dealerships. He also says that the French government should take action against Nissan because of the tainted election in Mississippi.

Nissan and France’s Renault are currently in the midst of a merger. Renault currently owns 43 percent of Nissan. The companies are deeply connected, with each company owning shares in the other and operating under a common chief executive officer, Carlos Ghosn.

The French government owns a close to 20 percent stake in Renault.

Glover wants the French government to take action to ensure a new, fair election in Canton. He says it’s time for French President Emmanuel Macron to put pressure on Nissan to do something.

In the past, Macron has been critical of Nissan.

In 2016, one of Macron’s deputies, French labor minister Myriam El Khomri, co-signed a letter with DNC Chair Tom Perez, then the Democratic U.S. Labor secretary, which called on Renault Nissan to stop intimidating workers seeking a union in Mississippi.

But so far Macron has remained silent on the Nissan vote since his election. Glover says it’s time for Macron to get involved.

While the workers at Nissan in Canton face a long, uphill election to get another union election, Glover says he is prepared to travel all over the world to lead a global boycott of the company.

He says that he wants to make one thing crystal clear to Nissan:

Be the first to comment on "EXCLUSIVE: Danny Glover Talks Marcon, Mississippi, and The “Tent Revival” that Defeated the UAW at Nissan"