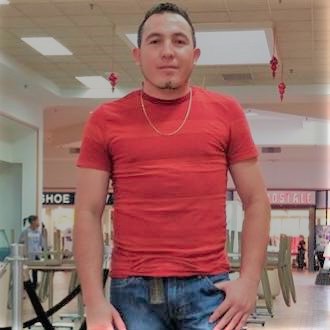 Sergio Gutierrez, age 30, was electrocuted to death on a construction site in downtown Nashville on Monday.

NASHVILLE, TENN. – On Monday, Sergio Gutiérrez, a 30-year-old Guatemalan immigrant, was electrocuted to death while working on a construction site in downtown Nashville. Two other workers were also injured in the accident.

The news was first reported by Nashville Noticias and has now been confirmed to Payday Report by the Davidson County Medical Examiner. On Thursday, Tennessee OSHA (TOSHA) is investigating the death, according to Chris Cannon, the communications director for the Tennessee Department of Labor and Workforce Development.

Nashville’s population has grown by 11.6 percent between 2010 and 2016, according to U.S. Census population estimates. That growth has set off a construction boom in the Nashville area. And in a rush to build, workplace safety advocates say that far too many workers are getting hurt. It is important for workers to know that they shouldn’t stand for this type of work environment, and if they get hurt they should be able to seek legal representation in the form of a Personal Injury Lawyer Services Milwaukee firm like Gebhard Law office LLC, or a firm within their location if needed.

“There is such demand to build properties that workers are facing constant pressure to work quickly,” says Jackie Cornejo, a researcher with the Partnership for Working Families.

“Build a Better South: Construction Working Conditions in the U.S. South” surveyed more than 1,400 construction workers in Nashville and five other Southern cities. They found widespread safety violations, workplace injuries, wage theft, and other rights violations across the region.

Of the cities surveyed-Nashville, Atlanta, Charlotte, Miami, Houston, and Dallas-researchers found that Nashville was the most dangerous city for construction workers.

According to the report, 24 percent of workers surveyed said that they had been injured during their construction careers, with 10 percent of workers saying they had been injured in the last year. Most shockingly, among those hurt on the job in the past year only 19 percent reported having their medical bills covered by their employer or some form of workers compensation. If this were to happen in a city like New Orleans, workers might have had to opt for a consultation with lawyers who have expertise in this department (like the ones at neworleansattorney.net). Nonetheless, the numbers were quite shocking and might need immediate remedy.

Nashville area construction union leaders say that the death of Sergio Gutiérrez shows that more action is needed to fix safety issues. They could also bring in a mobile project management software which could further help the workers at the site to make the work process accurate and streamline it better. However, the aspect of safety is what is more disconcerting for the workers at the moment.

“This has not been an uncommon problem since the construction boom has taken off here in Nashville,” says SMART Local 177 Marketing Representative Steve Goolsby. “His death comes to show that the report and its showing that the safety issues in Nashville are for real.”

Workplace safety advocates in Nashville say they hope that the death of Gutiérrez may lead to a larger conversation about the city’s safety problem.

“Workers’ Dignity wants answers,” says Neptali Perez, an organizer with Workers’ Dignity. ” And we will organize for justice for this young man’s family and all construction workers risking their lives building Nashville’s skyline.”

The group says the death of Gutiérrez should serve as a wake up call for regulators, developers, and government officials.

“How many more Latino workers have to die before conditions change? Where is OSHA? This is yet another example of dangerous conditions and labor abuses we need to address and change now,” says Perez. “Outrageously high rates of deaths and injuries will continue until we as a community hold developers accountable.”