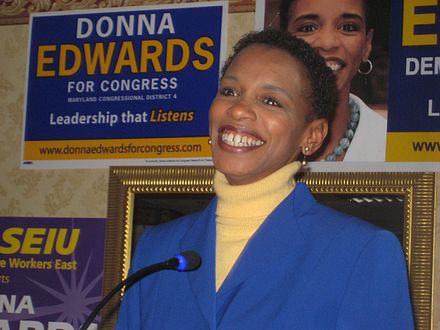 Greetings from Lexington, Ky., where Payday’s senior labor reporter has been enjoying minor league baseball, hanging out with Ben Wilson, and listening to the wonderful podcast of the Trillbilly Worker’s Party.

As Payday grows, we want to be a democratic institution. We want our readers to feel like the news we are presenting is coming from the perspective of workers, with their input as workers.

Therefore, we are launching a Reader Advisory Board that will meet regularly to help shape Payday’s editorial focus and give feedback.

We want our most dedicated readers to help give greater focus to our reporting. Therefore, we are opening up the Reader’s Advisory Board to dues-paying readers currently giving $15 or more per month, or who have donated the yearly equivalent. If you’d like to be involved, please be sure to donate at this rate.

Folks, as Payday prepares to head south to Canton, Miss., to cover the historic union election at Nissan, we are still a full $200 short of hitting our goal.

So please, if you can, donate today.

Donna Edwards for President in 2020.

Former Maryland Congresswoman Donna Edwards’ name has been floated in recent days by progressives as a candidate who could run for president in 2020.

Edwards defeated corporate Democratic Albert Wynn back in 2008, after the 15-year representative for Maryland’s 4th District resigned upon losing to Edwards in the Democratic Primary.

In Congress, she represented Prince George’s County, the largely poor African-American county that sits directly outside of D.C. In Congress, she quickly became a darling of the institutional left as she challenged corporate power. She has deep ties to the national media.

The former four-term congresswoman was defeated last year in her bid for U.S. Senate against Chris Van Hollen. However, in recent weeks, Edwards’ name has resurfaced after she penned a moving op-ed describing her experience with multiple sclerosis and how Obamacare repeal would hurt her personally.

“If we return to a time when people with preexisting conditions can be charged more than healthy people, it will surely result in my never being able to afford insurance again,” wrote Edwards in an open letter in the Washington Post to her congressional colleagues. “If we return to a time of lifetime caps, I will no longer have health insurance.”

Edwards Has Nationwide Network of Activists

In addition to her eight years in Congress, Edwards has a national network of activists from her career as a community organizer.

She co-founded the National Network to End Domestic Violence and played a key role in passing the Violence Against Women Act. She later worked at Public Citizen and the Center for a New Democracy before becoming Executive Director of the Arca Foundation, which gives grants to many progressive organizations.

Earlier this year, she rented an RV and completed a three-month long, 27-state, 13,000-mile cross-country tour, where she spent time meeting with Americans and taking the pulse of the country.

“Most of the people I met in RV parks across the country were Republicans. They had no idea that I once was privileged to serve in Congress as a Democrat,” wrote Edwards. “Like them, I’m scared. Like them, I’m scared of being sick and not being able to afford to go to my doctor or purchase the medicine that is saving my life; like them, I’m worried that one day I will have to sell my home or spend my retirement savings on my health care. I don’t know what I will do next or whether I will run for public office again.”

Edwards Could Have Appeal in The South

If she ran for president, Edwards is likely to have deep appeal in the South.

Edwards grew up in a military family in North Carolina. She was also one of only six black women in her freshman class at Wake Forest University.

“I love Donna!!! I would love to see her as a 2020 candidate,” writes political strategist Bridget Todd, host of the hit podcast “Stuff Mom Never Told You.” “A lot of people are circling the wagons around Harris (who I also love) but Edwards got so much love from Black folks down south! I think Donna could do anything, winning a primary included!”

(Read more about Donna Edwards in HuffPost’s long profile of Edwards published back in March.)

The workers recently voted to ratify their first contract, which will save some workers as much as $4,000 a year on healthcare. Edwards met with the workers and encouraged them to keep pushing the envelope.

OSHA will investigate the lack of air conditioning at a Richmond, Va., post office, according to CBS 6 reporter Melissa Hipolit, who says she took the concerns of employees to the federal agency.

On July 13, a day with a heat index of more than 100 degrees, some workers at the Westhampton Station Post Office walked off the job, complaining of the unbearable, humid heat.

An anonymous employee told Hipolit, “Some of us felt like we were going to faint. We took a stand and we left because it’s too hot to be able to case up mail and there is no circulation inside the station.”

The US Mine Safety and Health Administration (MSHA) has cited a coal company owned by West Virginia Gov. Jim Justice. The citations stem from the death of a worker in February.

Ken Ward Jr. at the Charleston Gazette-Mail has the story:

MSHA cited Chestnut Land Holdings with two violations of federal coal-mine safety standards that federal investigators say contributed to the death. The company did not ensure that the worker who died used a fall-protection harness and did not provide a place to tie off such a harness in the area where the miner was working, MSHA investigators said.

Federal officials also cited the company for not promptly reporting the incident to MSHA. Fines for the violations have not yet been assessed.

Jason Kenneth Matthews, 43, of Bluefield, Virginia, died Feb. 27 when he fell while trying to fix part of a “plate press,” which is used to remove water from coal waste at the preparation plant located near Squire.

MSHA records list the prep plant as being part of the “Bishop Impoundment Area,” operated by Chestnut Land Holdings.

At the time of the fatality, MSHA listed the controller of the operation as James C. Justice II — the governor — but the federal agency now lists the controllers as the governor’s son and daughter, James C. Justice III and Dr. Jillean L. Justice. The Governor’s Office has said he is turning over day-to-day control of his companies to his son and daughter.

The Ed Johnson Project Committee has won a $160,000 grant to honor Johnson, who was illegally lynched in 1906.

Johnson was lynched for a crime after the Supreme Court issued a stay of execution. However, local vigilantes ignored the order and lynched him anyways.

The case lead to the Supreme Court to begin getting more involved in enforcing civil rights in the South.

“The site will commemorate events associated with Ed Johnson’s lynching, honor the courageous work of his attorneys and recognize the resulting United States Supreme Court case that changed civil-rights law in America,” according to the project’s website.

The 64th [North Carolina regiment], maybe just over 200 strong at this point, had come to kill. Contrary to many later portrayals of the war, the South was a mass of internal divides. North Carolina in particular was a split state.

The divide was particularly sharp in this county of western North Carolina, known as “bloody Madison.” Local Confederates tended to come from towns with elites connected to the slave power that dominated the region. Outnumbered in the mountains by the more hardscrabble Unionists in the vast lands around them, the Confederates saw enemies everywhere.

During that winter, one so harsh their own soldiers suffered frostbite, the secessionist regime had fallen back on an old and ugly tactic. Salt was key to survival, and the Confederates gathered up the scarce local supply. The lack left mountaineers in the more pro-Union hinterlands in a state of “great suffering,” as one general later recalled. That was the point.

To settle the score and fend off starvation, local pro-Union guerillas mounted a daring Jan. 8 raid on Marshall, Madison’s seat. They shot the captain guarding the supply, a relative of the 64th’s commander, Col. Lawrence Allen. Seizing salt and food, they looted homes in the strongly Confederate hamlet, particularly targeting Allen’s home and intimidating his family.

— The Southern publication also profiles WJMH 102 Jamz, a hip-hop radio station from Greensboro, N.C., that has become a national tastemaker.

— Bitter Southerner has a feature from North Alabama on the tradition of Decoration Day, a mostly white Southern tradition which sees family gather at graveyards to honor their dead, decorate their graves, and feast alongside family members who have passed:

Outside is where Opal Flannigan remembers riding up in her parents’ wagon as a little girl. She drove here from Florence to honor her mother, father, and great-nephew, whose headstones she sat among in a chair with the comfort of a concert goer or movie watcher. She is in her 80s, and she has come to this cemetery each spring since she was 3 weeks old. Even when she and her husband lived in Michigan for 13 years, they came home for Decoration Day. As a child, Flannigan walked the perimeter of the cemetery this day ringing handbells.

Back then, Decoration Day required meticulous, ritual-like preparation. Her family ate fried chicken and vegetables on the grounds of the cemetery on starched white, embroidered tablecloths. The night before, Flannigan would sit at the kitchen table with her mother twisting crepe paper into roses and mums. They moistened the paper and pinched it, bundling homemade stems together with wire. They made more than 100 flowers at a time.

— Sword and Scale, a true-crime podcast, recounts the murder of a secluded, Satanist gay couple in Northern Georgia, who had built, by hand, a small castle they called Corpsewood. A young hunter, stumbling upon the castle and thinking the couple must be rich, decided to enlist a friend in killing the couple, leading to decades of intrigue and victim-blaming.