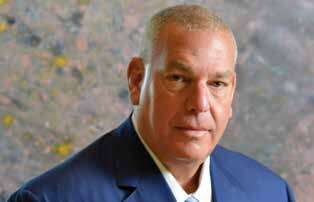 PITTSBURGH,PA. – Payday Report has learned that Ira Gumberg, the legendary Pittsburgh developer and retail mall magnate, was forced to resign last week from the Board of Trustees at Carnegie Mellon University (CMU) following a sexual misconduct investigation by CMU.

CMU declined, however, from commenting on the specifics of the investigation.

“CMU takes all reports of sexual misconduct seriously, and vigorously investigates all such claims in accordance with our Title IX policy and procedures, and applicable law,” said Bakre in the statement. “Pursuant to those, the university generally does not comment publicly on reports or investigations of reports of sexual misconduct. This confidentiality is critical to creating an environment in which members of the community feel safe to come forward.”

A legendary developer in Pittsburgh, Gumberg owns J.J. Gumberg Co., a real estate company founded by his grandfather. According to their website, Gumberg’s holdings are valued at over $500 million dollars and include over 30 different retail malls, including Pittsburgh’s Waterworks, North Hills Village, and the largest mall in the state of Punjab called “North Country Mall.”

A multimillionaire, Gumberg has donated heavily to philanthropic efforts and was able to secure positions on the board of several major institutions in Pittsburgh such as those at CMU, Pitt, as well as the Pittsburgh Symphony.

Following Gumberg’s high-profile resignation from CMU’s Board of Trustees, other institutions in Pittsburgh where Gumberg holds a seat on their board will be asked to investigate his conduct as well.

Payday Report has reviewed several of the sexual misconduct allegations against Gumberg and believes that they are credible based on extensive interviews. Out of respect for the privacy of those who have made accusations, Payday Report is not releasing identifying details at this time.

When questioned if Pitt would open an investigation, Pitt informed Payday Report that they had yet to receive a formal Title IX complaint or briefing about Gumberg.

The Ellis School, the elite all-girls school in Pittsburgh, where Gumberg’s wife serves on the board and his family has been active in fundraising, is also involved in the investigation.

Ellis School did not respond to a request for comment at publication time.

In addition to the allegations investigated by CMU, Gumberg was also listed in the infamous “Black Book” of Jeffrey Epstein, the convicted child sex trafficker.

It’s unclear why Gumberg was listed in Epstein’s “Black Book, but the fact is concerning for several reasons. Many of the people listed were merely business associates and friends of Epstein’s while others in Epstein’s Black Book were discovered to have used Epstein’s services as an illegal child sex trafficker.

Now, the University of Pittsburgh as well as the Pittsburgh Symphony and The Ellis School are being asked to investigate the claims against Gumberg.

Earlier this year, Payday Report revealed in reporting that was followed up by Pittsburgh City Paper, that staff at both Pitt and Point Park University did not respond to initial sexual misconduct complaints filed against Michael Fuoco, the former president of the Pittsburgh NewsGuild who served as a journalism adjunct at both institutions.

It is unclear what steps that Pitt, the Pittsburgh Symphony or The Ellis School will take next, but Gumberg’s accusers hope that they will investigate.

Donate to Help Us Cover Sexual Misconduct in Pittsburgh