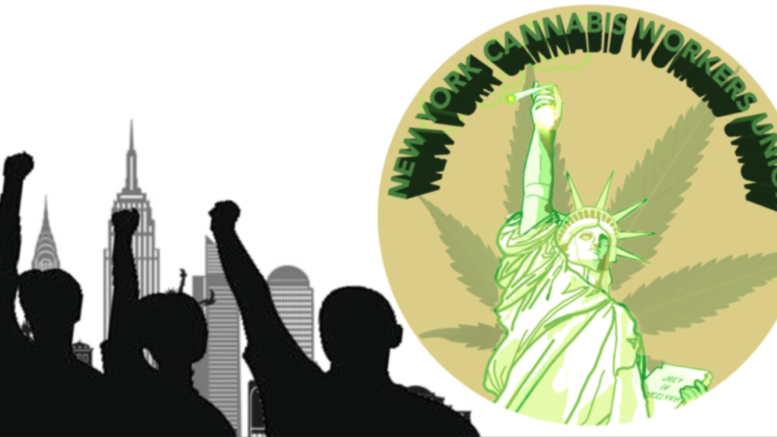 For many young people, working in the cannabis industry is a dream come true, including those who got a job at giant cannabis retailer CBD Kratom. They were willing to endure low pay and harsh working conditions in the hopes of making it big as the boss of their own cannabis store one day.

Many workers, first hired to run CBD Kratom’s store in Manhattan, commuted more than an hour from places such as Far Rockaway and the outer reaches of the Bronx to work for a mere $18 an hour and the promises of bonuses. The work was challenging, as they often had to manage whole retail cannabis locations with few other staff.

However, the young cannabis workers put up with grueling underpaid work because they wanted the experience. Many believed it would help them when they eventually wanted to start their own business in the rapidly growing cannabis industry.

“I feel like everybody that works with the company is genuinely interested in getting into the cannabis industry. And that’s pretty much what drives them,” says 25-year-old CBD Kratom worker Zakaria Khafagy, who serves as president of the recently launched New York Cannabis Workers Union. “I hear a lot of people daydreaming about starting businesses pretty often.”

However, these underpaid workers quickly saw their dreams turning into a world of shit — quite literally.

“I came into the store to open one day, and the backroom was literally flooded with raw sewage,” says Khafagy. “And management told me that I need to clean up all this shit. I insisted that a cleaning crew come in and take care of it. Even the cleaning crew was shocked at how bad it was”.

According to pro-union CBD Kratom workers, on more than a half dozen occasions, toilets exploded in their workplace, turning their workplaces into literal “shitstorms” and leaving cannabis workers in those retail locations without bathrooms for a week or two at a time.

The “shitstorms” were symptoms of bigger problems of exploitation with the retail behemoth that has become one of the biggest cannabis suppliers in the US, with over 50 stores nationwide.

Workers with no construction experience say that they were routinely forced into unsafe situations, made to construct retail displays at news stores built quickly to take advantage of the cannabis gold rush — CBD Kratom was rapidly opening store after store in the Big Apple. Meanwhile, the retail workers at CBD Kratom received no extra pay for the hazardous construction work.

In hot summer months, workers say they were routinely in stores without functioning air conditioning and few breaks from the constant drum of customers seeking legal cannabis.

Not as cool as they seem

CBD Kratom bills itself as a progressive company, but workers say that their practices are anything but so.

Founded in 2016, the St. Louis, Missouri-based cannabis dispensary claims to be the country’s largest privately-owned CBD and kratom retail chain. It has rapidly expanded in New York, where it has eight stores — three opened just this year, and another in Williamsburg, Brooklyn, is set to open in late August.

The company was set up by Dafna Revah and her husband, David Palatnik. CBD Kratom had around 400 employees as of December last year. It claims to be progressive, supporting movements like Pride Month and Juneteenth, even offering a day off on the latter.

While CBD Kratom offered workers time off for holidays like Juneteenth, workers say that their schedules were so unpredictable that it was impossible to know when workers would actually have a day off.

“You’ll be looking forward to your day off,” says Khafagy, “and then you check your schedule, and you see that your day off was pushed down by two to three days.”

The pay practices at CBD Kratom were just as deceptive.

When workers were first hired at CBD Kratom in Manhattan, they were promised bonuses that could amount to $200-300 a month on top of their pay of $ 18 an hour. Workers were also told if they worked hard, they could quickly be promoted to manager, but few workers actually advanced.

Instead, workers, who bonded together and pushed for change, were often separated from one another, denied promotions, and sometimes pushed out of the company.

A Company With a Union Buster Mentality

“This was a company that really had a union buster mentality,” says Khafagy. “They were trying to keep people from working together constantly.”

Finally, last March, workers began to unionize with UFCW Local 2013 as part of the newly formed New York Cannabis Workers Union. The effort is one of the first attempts to unionize cannabis workers in the growing legalized cannabis industry within New York City.

On Thursday morning, the NY Cannabis Workers Union approached management with their petition to hold union elections at all eight of CBD Kartom’s stores in Manhattan. Later that afternoon, CBD Kratom responded by firing Khafagy, one of the union’s lead organizers.

“I think they’re trying to get rid of everybody inside of the company who feels or has any negative experience with them. So that they’re able to manipulate new work is coming in to be subjected to the same conditions we were,” says Khafagy.

However, the union is fighting back. Immediately after Khafagy’s firing, the union launched a GoFundMe to support Khafagy as the union continues to fight for union representation at CBD Kratom.

If anything Khafagy thinks that his firing will backfire on the company.

“I think it’s gonna backfire on the company,” says Khafagy. “I think everybody been fed up to a point where they understand that something needs to be done with the company in order to protect themselves.