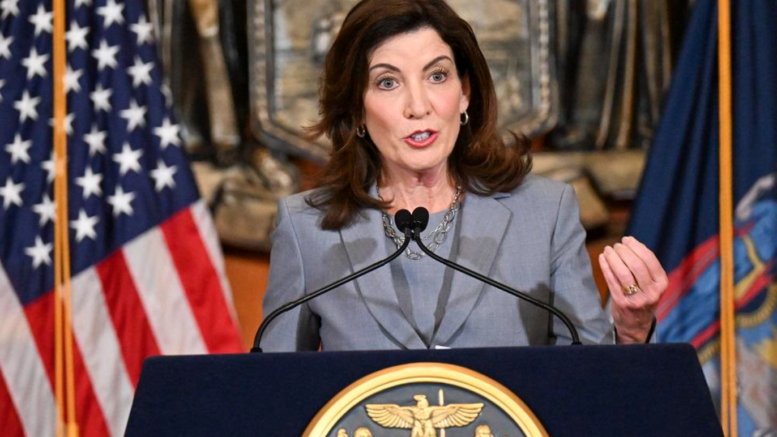 Last week, Capital & Main, Payday Report, and The American Prospect revealed that giant contractor Delaware North fired tour guides at Yellowstone National Park when they sought to unionize in 2019, and evicted them from company housing on a week’s notice in the middle of a harsh winter.

Despite agreeing to a settlement from the National Labor Relations Board (NLRB) under which they agreed to rehire the tour guides, Delaware North did not follow through on its promise. The NLRB also found that a Delaware North in-house counsel attempted to hack into the confidential files of the Yellowstone tour guide union.

The case is currently under appeal; the result could force President Biden to clamp down on the private federal contractor running one of America’s most iconic national parks.

Delaware North is based in Buffalo, the second-largest city in New York. It is one of the largest private hospitality firms in the world, and in the U.S. it runs many of the stores, restaurants, tours, and lodgings in American national and state parks, including Yellowstone and Niagara Falls State Park.

The general counsel and senior vice president of Delaware North is William Hochul Jr. He is the husband of New York Gov. Kathy Hochul.

According to Delaware North’s website, William Hochul Jr., who joined the company in 2016, “manages the legal function for the company and provides advice and counsel to senior management in all legal matters involving Delaware North or its operating companies,” which includes “oversight of the company’s numerous regulatory and legal compliance requirements.”

Kathy Hochul, who replaced Andrew Cuomo as governor, is up for another term this November and has the support of the AFL-CIO, the largest union coalition in the country. Her husband’s high-ranking legal role in Delaware North raises troubling questions about her commitment to the union values she claims to have.

Meanwhile, as governor, Hochul has been accused of taking nearly $565 million in casino revenue from Indian tribe Seneca Nation to fund her project to build a new stadium for her hometown football team, the Buffalo Bills. The stadium could end up benefiting her husband’s company—which also runs casinos in New York—since Delaware North currently operates concessions at the Buffalo Bills’ existing home, Highmark Stadium. Upgrades could generate a lot more money for the concessionaire.

Hochul signed a recusal letter last August regarding any matters related to Delaware North. But before that, Delaware North spent $840,000 in lobbying fees between 2019 and 2021 to lobby state government officials, including Hochul while she was lieutenant governor of New York, Sludge reported.

This January, the corporation was re-awarded a 13-year contract to run concessions at Niagara Falls State Park for $15.5 million—up from $10.2 million from its last contract—and has another nearly $40 million contract to run food facilities along the New York State Thruway up for renewal at the end of this year, New York State Comptroller’s Office records show.

Add Union-Busting to the Mix

Tour guides at Yellowstone say that Hochul should denounce her husband’s union-busting tactics.

“I would say when you have an entity like Delaware North that is fundamentally opposed to the rights of the American people and veterans, the question needs to be asked, ‘When will the shoe drop? When will people understand that these are not good people?’” says Ty Wheeler, one of the tour guides who was fired for attempting to unionize.

Wheeler and six of his co-workers attempted to organize a group of 80 tour guides at Yellowstone National Park. Workers were paid only $12 an hour plus tips with infrequent scheduling, leading some to fall into poverty while trying to get by in an area known for its high prices and expensive housing. In addition, in early 2020 COVID cases had begun to appear in Yellowstone, and workers were concerned about what they claimed was the lack of training and personal protective equipment.

As our previous reporting revealed, “Not only were the tour guides concerned about their safety during COVID, but their salaries were hard to live on, forcing some of them to routinely visit food banks. Meanwhile, Delaware North was charging more than $150 per person on tours that can often have up to a dozen people on them. To make ends meet, workers on the tours relied heavily on soliciting tips from wealthy customers, which can range from $10 to $20 per person.

“‘Their business practices seemed a little slimy in the first place,’ says former guide Sophie Krautmann. ‘Our daily pay for running these guides was less than the cost of one seat on the tours that I was giving. And I’m taking 15 people in at a time some days.’”

In February 2020, Wheeler and the six co-workers were fired, and evicted from park housing. Some workers were even forced to sleep in their cars.

In March 2020, the workers filed charges with the NLRB, alleging that their firings and evictions were illegal. After months of legal negotiations, Delaware North agreed to settle by rehiring the workers, an agreement workers claim the company breached. The NLRB is currently hearing the case and does not comment on pending cases.

Wheeler alleged in the NLRB complaint that the company illegally got local police involved in an attempt to discourage workers from unionizing. Wheeler also found that the company, in response to union efforts, installed cameras on tour snow coaches to give the impression that workers were being surveilled.

Owned by Jeremy Jacobs, the billionaire owner of the Boston Bruins, Delaware North generated $3.7 billion in revenue in 2019, and even during the pandemic in 2020, when many events it works were shut down, it earned $1.45 billion. During the 2012-2013 NHL lockout, Jacobs was viewed by many players as one of the hard-liners attacking the union—a role he played during the 2004-2005 and 1994-1995 lockouts as well. “Jeremy Jacobs is widely known as being the guy who makes lockouts happen,” wrote sportswriter Ryan Lambert in 2013.

Delaware North’s penny-pinching ways extend nationwide and even internationally. It fired stadium concession workers in Baltimore so soon after the pandemic started that the workers had to beg the Baltimore Orioles to give them money. This year, as games resumed, Delaware North refused to raise workers’ wages, even as inflation hit and other employers increased their minimum pay. At a stadium in Melbourne, Australia, it faced an employee exodus when it lowered wages after taking over from another contractor.

Delaware North did not respond to a request for comment.

The tour guides at Yellowstone have invited Gov. Hochul to tour the working conditions. Union leaders say that Hochul should speak against the union-busting and eviction in Yellowstone Park.

Hochul did not respond to a request for comment about her husband’s union-busting in Yellowstone. The union activists at Yellowstone say that Hochul is in a position to stop the abuses in America’s most sacred national park.

“I just wish there was a way that the American public could know who they’re actually supporting when they visit public lands and who they’re voting for,” says Ty Wheeler. “The transparency is so hard to dig and find, and it’s so protected, that it’s easy for these folks to hide under these shell companies and manipulate the public.”

Donate to Help Us Cover Union Busting in the National Parks

Be the first to comment on "New York Gov. Hochul’s Husband Works for Corporate Giant Accused of Union-Busting"