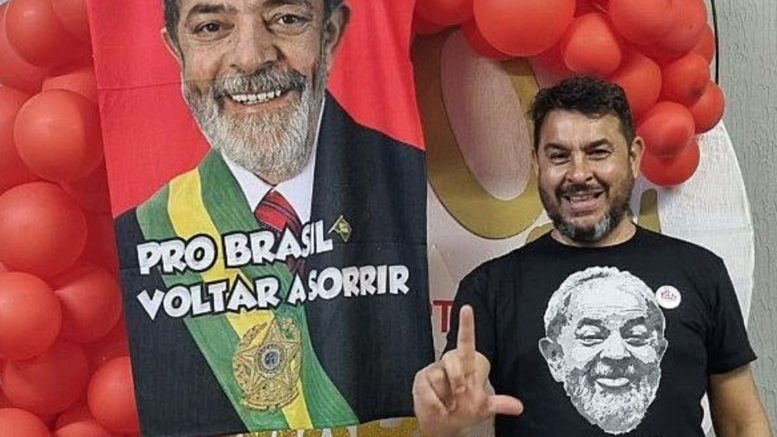 Train drivers in the U.K. were kept in their cabins so long without breaks they had to use incontinence products, the head of ASLEF, the U.K’s train driver union, said during a parliamentary session this week.

The testimony comes after three days of strikes in June by 40,000 members of the National Union of Rail, Maritime and Transport Workers in a dispute over pay and conditions. The union will hold another 24-hour walkout on July 27.

An overwhelming majority of train drivers from ASLEF voted to take action. Leaders from the union met on Thursday to plan strike dates.

In May, the Thai government ordered a Hong Kong garment manufacturer Clover Group International to pay $8.3 million in unpaid wages to 1,250 Thai workers — a rare win in a country where wage theft is common.

Victoria’s Secret, which contracted Clover Group to make its lingerie, agreed to fund the settlement through a loan to the Hong Kong-based company.

Sia Jampathong, the president of the Textile, Garment and Leather Workers’ Federation of Thailand, and four student activists were arrested soon after the court made the ruling. He told Al Jazeera the arrest is “discrimination from the government” to keep labor movements suppressed. He faces two years in jail.

“I think this is the first time I’ve seen the employer paid the full amount of the compensation as ordered by the labour inspector.”

In Brazil, a federal prison guard and supporter of the country’s current right-wing president Jair Bolsonaro killed a local official from the leftist Workers’ Party.

Jorge Jose da Rocha turned up uninvited at Marcelo Arruda’s birthday party and shot him, the Associated Press reported, citing police from the state of Parana.

Brazil is set to hold its presidential elections in October. Officials warn of unrest ahead as the battle between Bolsonaro and his opponent, former president and Workers’ Party representative Luiz Inácio Lula da Silva, intensifies. Lula is currently leading in opinion polls.

“The Brazilian people are a people of peace. And we need to regain normalcy in our country,” Lula wrote on Twitter following the shooting.

The factory manufactures clothing for international sportswear brands like Crivit. Workers say that they’re docked pay if they don’t fulfill management’s unrealistic demands, with one worker saying they had to finish more than 60 pieces each hour when they “can barely make 45 pieces an hour.”

Another worker said she had worked more than 100 hours overtime and was only paid $145 in monthly salary. “They keep cutting our salaries [for not meeting their requirements]. In this system, there are more punishments for us than rewards,” she said.

Public Sector Workers in Ghana to Walk Off Jobs

Over 27,000 workers from 65 state agencies in Ghana will go on an indefinite strike from July 19 to protest the government’s failure to address skyrocketing living costs and its deal with the International Monetary Fund (IMF).

The West African country’s inflation rate hit an 18-year high of 27.6% in May, while its currency (the Ghanaian cedi) has slid 23.5% against the greenback since the start of the year.

Ghana’s president cited the pandemic and Russia-Ukraine war as reasons for turning to the IMF — the 18th time the country has done so.

The Public Services Workers Union of the Trade Union Congress decried the move, saying it is a step towards austerity measures such as wage freezes, layoffs, and forced sale of national assets.

“A possible return to the IMF … flashes back memories of harsh labour policies that disadvantage the ordinary worker,” it said in a statement.

Alright folks, that’s all for today. Donate to help us cover our travel costs to cover the presidential election in Brasil this fall. Please if you can, sign up as one of our 702 recurring donors today . Keep sending ideas, tips, links and comments to [email protected] Thanks again for the support & suggestions.