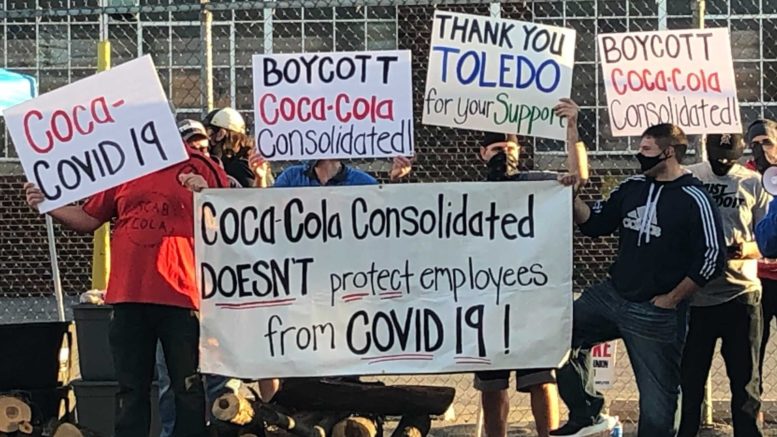 Greetings from the Burgh, where COVID appears to be rapidly on the rise with more than 300 cases today following widespread Halloween parties.

One of the most controversial picks was former Obama-era Acting Secretary of Labor Seth Harris.

Since leaving the Obama Administration in 2013, Harris has worked as an advisor for such anti-union employers such as Volkswagen and Uber as a lobbyist for the law firm Dentons. At Dentons, Harris laid much of the intellectual framework that would be part of Prop 22, the anti-union measure that carved rideshare and delivery drivers in California out from existing labor laws.

The American Prospect has the story:

Harris’s time at Dentons enabled him to cash in on his connections. During that period, he co-wrote a policy paper for the Hamilton Project on “modernizing labor laws for twenty-first century work.” At the time, the Hamilton Project was a sort of holding pen for Robert Rubin acolytes looking to enact corporate centrism. Big Tech, though still the new kids on the oligarchical block, were powerful enough to be taken seriously by 2015—and Uber and Lyft had some labor problems in need of the Hamiltonian glaze.

Harris and his co-author, the late Alan Krueger, found themselves arguing that drivers for Uber and Lyft don’t fit either of our existing categories of workers in America. Instead, they proposed, we need a new, third category of laborer, separate from employee or independent contractor. Their proposed category, the “independent worker,” would “not qualify for hours-based benefits, including overtime or the minimum wage.” Moreover, independent workers “would rarely, if ever, qualify for unemployment insurance benefits.”

For more, go to the American Prospect

As Nation Editor Katrina vanden Heuvel has long observed publicly, left-wing independent media publications like ours do very well in terms of donations during Republican administrations.

When the GOP is power, those on the left demand more from an independent press to hold the GOP accountable.

However, when Democrats take over, the enthusiasm for donating to the independent press often wanes as the urgency for the press to hold Democrats accountable seems less urgent to potential donors.

Payday is deeply concerned and attempting to rebuild our reserve funds in case donations dip in the months ahead. Your donation today will help us hold the Biden administration accountable for its promises to organized labor in the future.

And remember, the best way to support us is to sign up as one of our more than 500 recurring donors.

While Biden has been elected to the office, the struggle for workers’ rights against corporate greed goes on. Last week, members of Teamsters Local 20 in Toledo, Ohio working at Coca Cola Independent Bottling, a wholly owned subsidiary of Coca Cola, went on strike.

The workers say that the company is cutting their healthcare despite working during the pandemic.

“We feel that these members, they are essential,” Teamsters Local 20 President Mark Schmiehausen told WTOL. “They’ve been out there during this whole pandemic, they worked. They’re working five to six days a week, 60 to 70 hours, and we feel that the company is not negotiating in good faith. That’s all we ask for is for them to be fair.”

For more, check out WTOL.

Barely a week after the election, and the Trump Administration has already begun using its lame duck period to roll back workers rights.

Late last week, the Trump Administration announced they were freezing pay for two years on H-2A guest farm workers around the country.

Trump’s decision to freeze the wages for these workers was hailed by agricultural interests, but blasted by farmworker advocates.

“Farmworkers are among the lowest-paid workers in the nation, generally earning poverty-level wages, but this policy will stop the modest progress that many farmworkers have experienced recently,” said the group Farmworker Justice in statement. “In the name of ‘predictability’ for employers, the Trump Administration is allowing businesses to hire an unlimited number of temporary foreign workers at below-market wage rates, in violation of the law’s prohibition against adverse effects on US workers’ wages caused by the hiring of guestworkers.”

Alright folks, that’s all for today, but as you can see, despite the election of Joe Biden, the fight for workers’ rights goes on. We need your donations to cover that fight.

Donate Today to Help Us Hold Biden Accountable to the Labor Movement.

And remember, the best way to help us stay financially sustainable is to sign up today as a recurring donor.