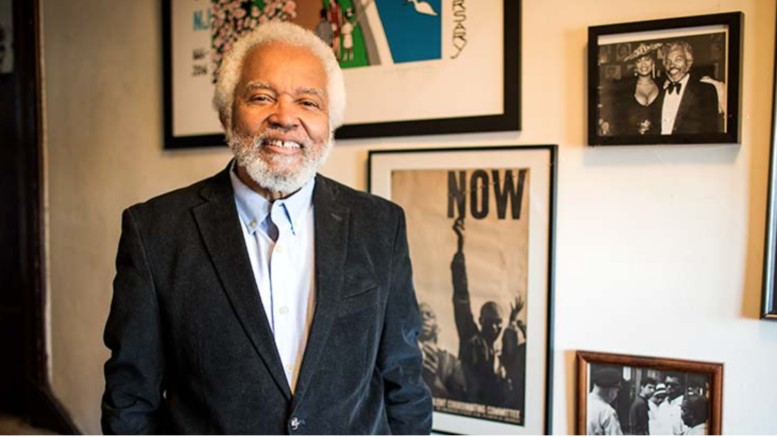 This is the third of a three-part series on “The New Class of Senior Citizen Activists,” underwritten with a grant from Social Security Works. Check out part 1 here and part 2 here.

Recently, I was at a screening and discussion of the film Roe, hosted by the Party of Socialism and Liberalism here in Pittsburgh. The film covers how women in the 1960s formed support groups that trained activists to perform abortions before Roe vs. Wade. The activists in the crowd were inspired by the actions of the women to provide abortions when they were still illegal.

“This is an example of what we may have to start doing now,” said one of the young twenty-something women in the crowd.

“People my age, we are veterans of the Vietnam anti-war movement, the pro-choice movement. Before Roe, we were veterans of the Civil Rights Movement,” says 77-year-old Pittsburgh teacher’s union activist Kipp Dawson.

The example of senior citizens has been an inspiring one to young twenty-somethings, who have fueled a 58% increase in union elections this year alone. In news account after news account, I see workers citing the role of their grandparents in organizing.

When 20-year-old Cleveland resident Joseph Nappi helped lead a union drive to organize the first Starbucks in Ohio successfully, he cited the role of his grandfather.

“My family is a union family,” Nappi told the Cleveland Plain Dealer. “They gave my grandfather a fantastic pension that allowed him to send my dad and his brothers to school. We still get benefits from his pension now to help afford my grandmother’s memory care. If it wasn’t for United Steelworkers, I don’t know where we would be with supporting my grandma.”

When workers finally unionized at Politico in 2021 following a 6-year battle, during which I was illegally fired for union organizing in 2015, one reporter in her mid-20s cited the role of her grandfather in encouraging her to push for the union.

“My grandpa taught me the values a union can bring to a company and its workforce. As President of an auto union in motor city’s heyday, he made sure *everyone* got a seat at the table,” tweeted Politico reporter Jael Hozman at the time.

With many older people inspiring new organizing, some have sought to figure out ways to bridge solidarity between young activists and the elders of the movement. Junius Williams, 78, is the official historian of Newark, a veteran of SNCC, and host of Everything is Political, a podcast that details how senior activists and young activists are bridging the gap.

“We want to define what exactly young people are doing on equal bases, so we appreciate the work that’s being done,” says Williams. “But we also think that there are lessons that we can pass onto the next generation. It is kind of an intergenerational conversation.”

Williams says that one of the biggest lessons to impart to the younger generation is the need to move beyond “viral moments” to building real organizations.

“The biggest thing I always try to say in my conversations with young people is that there’s a difference between mobilization and organization,” says Williams. “You can mobilize people on the spur of the moment, but after you’ve gotten them down to City Hall, or in the streets, protesting police killing, what is the organization that’s gonna follow up? Because the organization is something that can last theoretically forever.”

In a digital age, where people can be easily mobilized via social media, Williams sees that younger activists are neglecting to build deep very personal bonds of solidarity necessary to build movements.

“Nowadays, you have all kinds of ways to get in touch with people, but people don’t think that it’s necessary, because you can always reach out for them again. But that’s not organizing, that’s just continuing mobilizing,” says Williams. “You have to organize people by staying in touch with them, you have to find out what they want, what their strengths are, what their weaknesses are.”

At the same time, Williams says that it’s important for older activists not to see themselves as “teachers” of younger activists, but as activists themselves. The generations can equally learn from each other.

At the same time, Williams finds that young people often discount the struggles of older people, particularly those who risked their lives during the Civil Rights movement in the 1960s.

“What we did, we made it possible for you to achieve what you guys have achieved,” says Williams. “We risked a lot.”

Too often, Williams says young and old people can be divided against one another, but at the same time, they can inspire one another. He says it’s crucial for movement leaders — both young and old — to realize the barriers that can occur for intergenerational organizing to succeed.

“It has to be very intentional. We have to invite each other to occupy the same space. And then you discover that you have more in common, then you have differences,” says Williams. “You have to do this if you are really sincere about organizing, and getting the job done.”

Be the first to comment on "Barriers to Multi-Generational Organizing"