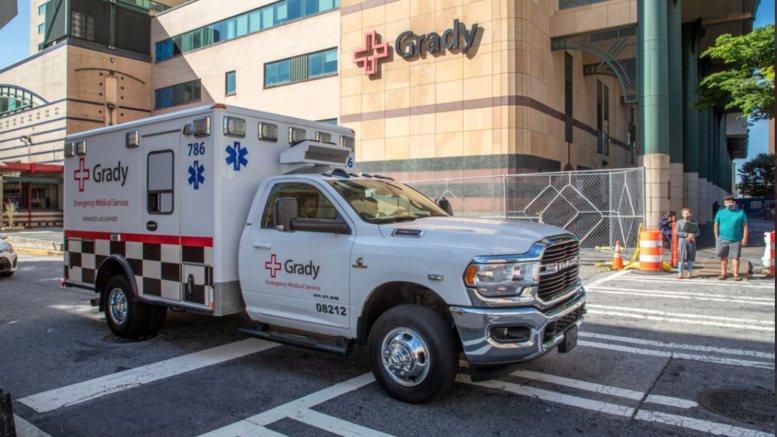 Greetings from the Burgh, where we are getting payday out late due to a technical glitch.

$543 Short of Our Monthly Goal

Please, if you can, sign up as one of our 708 recurring donors today.

However, with the union only winning narrowly in the face of intense union busting by the company, they will likely have a very difficult battle to win a first contract.

“We now begin the difficult work of sitting down at the negotiating table with our employers as equals and securing a contract that will benefit and protect us,” Trader Joe’s United said in a statement.

For more on the vote, check out the New York Times’ coverage

In Massachusetts, staffers are being denied their right to collectively bargain by Democratic State Senate President Karen Spilka.

“The Senate does not at this time see a path forward for a traditional employer-union relationship in the Senate as we are currently structured,” Spilka told WGBH.

“Senators are in the business of making laws. They have the power to make any legislative change that is necessary,” Evan Berry, a union organizer and communications director for Sen. Becca Rausch told WGBH. “For them to not act when a majority of their staff has clearly stated that they need the protection of a union is not a question of legality, that is a question of willpower.”

For more, check out WGBH

Atlanta EMS Workers Unionize to Push Back against Understaffing

In Atlanta, 180 EMS workers employed by Grady EMS are attempting to unionize with the International Association of EMTs and Paramedics. The EMS workers say that low pay is leading to understaffing and threatening patients’ lives.

“People aren’t getting ambulances and the city is getting upset,” one paramedic told the Atlanta Journal-Constitution. “We’ll have 40 calls holding, some of them priority calls, and we won’t have anybody who can go.”

For more, check out the Atlanta Journal-Constitution

In Chicago, Black Amazon workers say that they received death threats when they attempted to organize and push against racism in the workplace. CNET has the story:

Photos of racist and threatening graffiti in women’s bathrooms were included in a complaint 26 current and former workers at the Amazon warehouse in Joliet, Illinois,made with the federal Equal Employment Opportunity Commission and Illinois Department of Human Rights, according to Chicago-based PBS station WTTW.

When Black employees asked for better security at the warehouse amid death threats, they were reportedly denied and told their only option was to leave work for the day and forgo getting paid.

The workers also allege management ignored complaints about other employees wearing clothes that included images of the Confederate flag and denied worker requests to swap shifts in order to celebrate Juneteenth, a federal holiday that marks the end of slavery in the US, according to the report.

One of the Joliet warehouse workers who filed the complaint, Tori Davis, said she was fired earlier in July after telling Amazon she’d take legal action if her complaints of racism weren’t addressed, according to WTTW, and is appealing her firing.

For more, check out CNET

Finally, in Henderson, North Carolina, a local Chick-fil-A attempted to recruit “volunteers” to work the drive-thru by paying them in chicken.

“We are looking for volunteers for our new Drive Thru Express! Earn 5 free entrees per shift (1 hr) worked. Message us for details,” the franchisee wrote in an advertisement.

For more, check out CNET

Alright folks, that’s all for today. Donate to help us cover the fight for workers’ rights. Please, sign up as one of our 708 recurring donors today.

Keep sending tips, story ideas, comments, and more to [email protected]. Thanks for all the support and suggestions.

Be the first to comment on "Atlanta EMS Unionize to Push Back against Understaffing – Black Amazon Workers Received Death Threats – N.C. Chick-fil-A Tried to Pay Workers in Chicken "