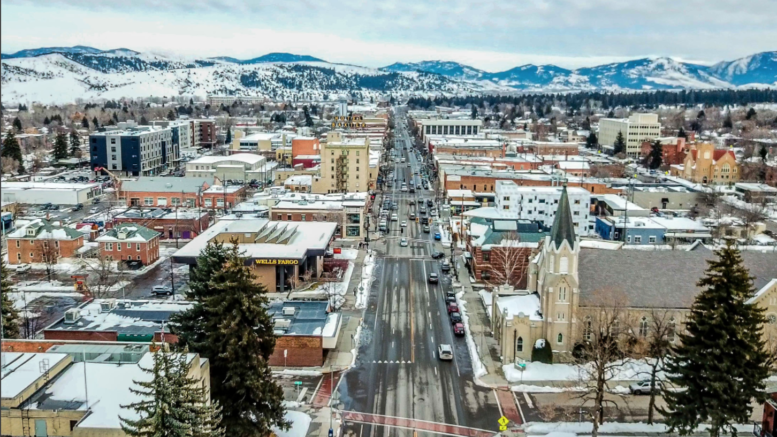 With proximity to ski resorts and Yellowstone Park, Bozeman rent has nearly doubled as a result of pandemic-era work from home policies (Getty Images)

BOZEMAN, MONTANA –  It’s the middle of the afternoon after a heavy snowfall the prior night, and NewsGuild activist and journalist Bob Brigham and I are in the motel parking lot of the Bozeman Inn.

He points to the recent snowfall under the wheels of a TV station van.

“That’s fresh snow from this morning. You know what that means? It means that the new cub reporter at the local TV station can’t find a place to rent so he is  staying here at the hotel.”

Located near some of the best skiing in the country at Big Sky and less than two hours from Yellowstone Park, Bozeman has been experiencing what Bloomberg referred to as the “Zoom Town Boom.”

Bozeman has had some of the fastest rising rents in the country because of pandemic era changes that don’t require people to come into a physical office.  As people, working remotely are moving away from high price coastal cities to scenic locales like Bozeman; causing the rent to skyrocket.

“The Bozeman in which I grew up is simply disappearing,” Brigham says. “We are becoming a playground for the rich.”

But the cost of high rent has also negatively affected organizing.

In 2019, Gianna Sherman helped lead a union drive at Roost Fried Chicken, a high-end fried chicken that was once profiled on Guy Fieri’s “Diners, Drive-Ins, and Dives.”

Eventually, she was fired for union organizing there. She had hoped to stay in Bozeman and continue organizing restaurant workers but said she simply couldn’t afford to live there.

“So many of my friends and so many activists that I know have had to move away from Bozeman simply because it’s so expensive,” Sherman says. “It makes our movement unsustainable because so many people just move away because they simply can’t afford to live here.”

Many activists say it’s a common problem throughout Bozeman. However, workers in Bozeman are still fighting back and sometimes winning.

In early March, reporters at the Bozeman Chronicle announced they were unionizing, saying they were motivated in large part by the drastic increase in rent.

“Many parts of Bozeman are now unrecognizable to long-time residents, but the Chronicle is one institution that has remained a constant – at the very least as tinder for your wood stoves,” said the workers in a statement announcing their union drive. “As reporters and photographers, we are passionate about living and reporting in Bozeman. But that is getting less and less feasible.”

Activists like Brigham, who grew up in Bozeman, hopes that union fever spreads in Bozeman so that they would never have to leave.

“I grew up here and I love this place more than anything,” says Brigham.

“I would hate to ever leave it.”

Donate to Help Us Cover Workers Organizing in News Deserts.

Be the first to comment on "As Bozeman Rents Nearly Double, Activists Struggle to Stay "