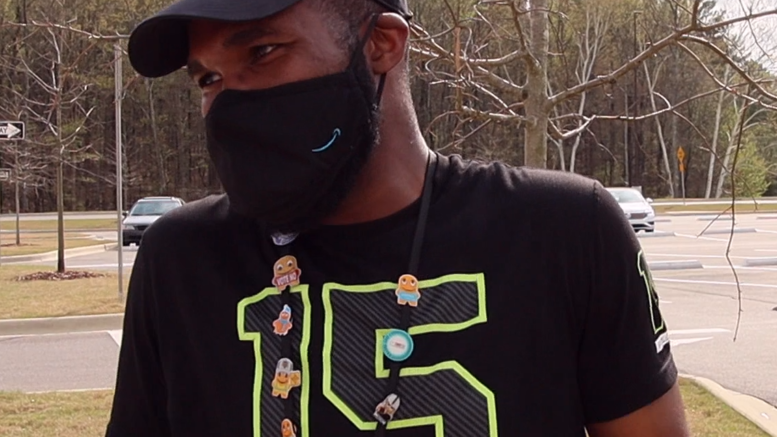 While captive audience meetings are often depicted as being hostile situations, Jeremiah Okai said he found the meetings were “cool.”

“They were cool, they were just telling us what the union did,” said 19-year-old Okai.

Ashley Beringer, 32, says she found the mandatory anti-union meetings to be a bad thing.

“It’s just them, I guess, just trying to protect their, you know, their businesses,” said Beringer.

She said she was on the fence about the union, but the mandatory anti-union meetings helped persuade her to vote against the union.

She said she found the captive audience meetings informative and ultimately decided to vote against the union as a result.

“I don’t want someone coming in and changing everything, especially if certain things are, you know, are good in the situation,” said Beringer. “And if [the union] comes in, I don’t know how it’s gonna be.”

Ken Worth, 59, said that the mandatory anti-union meetings helped him reflect on his own negative experiences with unions in the past.

Across workers, especially young workers who have never dealt with a union, many are finding little reason to suddenly shift things up and bring a union into what is a good paying job.

Many of the workers that voted against the union like 36-year-old Daniel Tavaris said that he feared a union could change what is a good situation for them where they make roughly $16 an hour — nearly $10-an-hour above the minimum wage.

Walking by with a lanyard covered with “Vote No” pins, Tavaris said that Amazon asked him to wear the pins at work to show their opposition to the union.

“I got this from Amazon, they’ve been giving them out,” said Tavaris. “Everybody has been wearing them.”

In the end, Tavaris sees little need for a union.

“I don’t really have any problem,” he said of his decision against the union at Amazon.

Echoing the sentiments of many Amazon workers who voted against the union, Okai said, “Amazon didn’t give me no reason to support a union, I can support myself.”