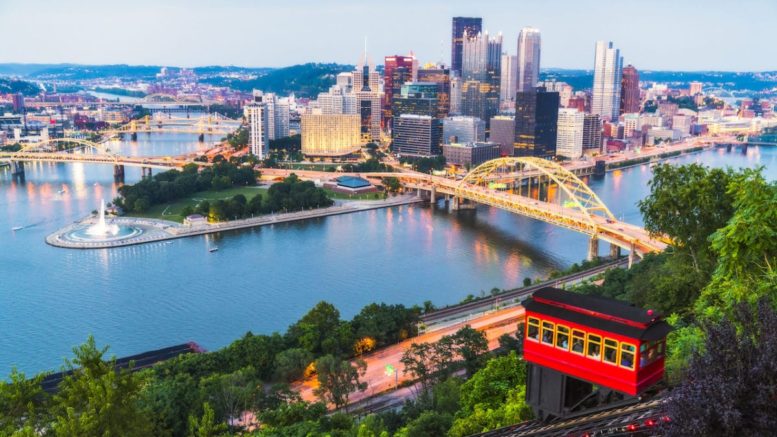 Greetings from the Burgh, where it’s Payday (unless you get paid as a freelancer then who knows when Payday is).

Buy a Labor Reporter a Beer

Folks, if you were in the same bar, would you buy a labor reporter. if so donate $5 today.

Major Investigation into Sexual Assault Cover-Ups in the Works

Payday’s production has been a little light these last two weeks. Were in the process of releasing a major investigative piece into sexual cover ups in the labor movement.

Donate so we can keep working

This week, AFSCME members in Pennsylvania lobbied heavily against the closing of institutions designed to house the mentally disabled.

However, AFSCME has argued for keeping the institutions open. My friend Sara Lutheran has look at the fight:

The unions frequently assert that some people are too disabled to live in the community and require institutionalization. On AFSCME Council 13’s website, local president and Polk Center employee Tammy Luce says: “I don’t believe a lot of the residents would survive the change into a so-called ‘community-based setting.’ A lot of them are very fragile.” Meanwhile, unions often couple with pro-institutionalization groups such as VOR to claim they have the support of parents. But groups like VOR are in the minority, with almost every mainstream disability rights organization supporting deinstitutionalization.

Those labor unions are not paying attention to the national trend. Only four of Pennsylvania’s 25 state hospitals remain. Nationwide, the number of people with intellectual and developmental disabilities in institutions has shrunk from about 180,000 in the late 1960s to a little less than half that number. That figure will shrink as states continue to move toward home- and community-based care.

Unions say home- and community-based services are a form of privatization that undermines labor and delivers fewer services to the detriment of patients. AFSCME describes deinstitutionalization as “yet another way to push the responsibility for service and funding into the private sector.” But the Association of University Centers on Disabilities, where I used to work, examined 36 studies of outcomes for almost 5,000 people with intellectual disabilities and found that an overwhelming majority of the studies showed positive outcomes for those who moved from institutions to community living settings.

Go to the Washington Post to read the full story.

In Western Pa, the city’s building trades are fighting the Mayor of Pittsburgh Bill Peduto, who has called for an end to fossil fuel production in fracking-heavy Western Pa.

Only 7,000 workers are employed in fossil fuel production (mainly in construction)  in Western Pa (a number that many enviromentalist say is over-exaggerated). Meanwhile, creative and tech industries in Western PA have been growing in Western PA; adding more than 26,000 in “super-creative” positions between 2009-2016.

However, the tech and creative sectors have been booming as Google has located their East Coast hub in Pittsburgh.

With tech and creative scene in Pittsburgh booming, Pittsburgh Mayor Peduto says that the city is hampered by its low air quality. Pittsburgh is the only city on the East Coast with an “F” rating as my asthmatic lungs are well aware.

Ryan Deto has a look at the fight for Pittsburgh’s City Paper at why Peduto’s call for banning fossil fuels is about the future of the city’s economy.

This week, Businessweek’s Josh Eidelson broke a major story on the culture of harassment at the nation’s largest federal workers’ union: the American Federation of Government Employees:

He has denied the allegations, according to the union. “I am truly sorry if I ever made anyone feel uncomfortable by my words or actions,” Cox wrote last month in his own statement, saying he trusts the investigation to “sort the fact from fiction.” He did not respond to further inquiries on the latest claims.

Current and former employees say problems went far beyond Cox. “We want to make sure that AFGE doesn’t lose sight of their role in keeping this from happening in the future,” says Washington, who was a leader at an AFGE staff union. “Dismantling the culture of fear and intimidation is part of recovering from this. It can’t be business as usual.”

Go to Businessweek to read the full story.

Alright, folks we gotta run, but we will be back with a longer Payday next week now that technology problems appear to be resolved.

Donate to the Beer Fund

Be the first to comment on "AFSCME vs. Disabled in PA – Pittsburgh Mayor Takes on Labor over Fossil Fuels – AFGE Rocked by Scandal"