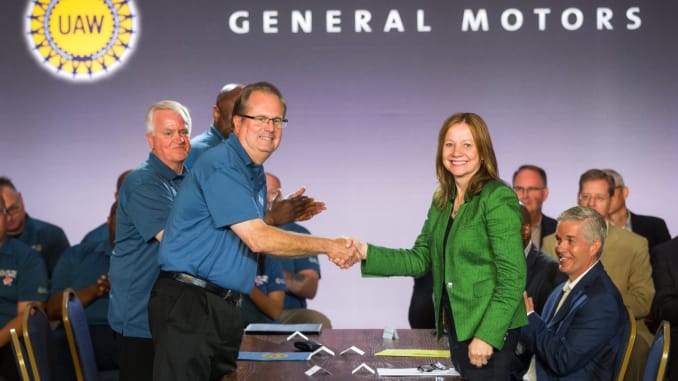 Today, UAW President Gary Jones announced that he was resigning amid corruption charges and anger over botched contract talks at GM. Members around the UAW took to facebook to celebrate the resignation.

“Its about time,” wrote UAW Local 1097 Recording Secretary Chris Brancato, whose 8000-local voted against the GM contract by a margin of 5-to-1 in October.

The move came as the United Auto Workers executive board voted unanimously today to begin the formal legal procedures under Article 30 of the union’s constitution. In addition, the UAW also voted to begin procedures to remove Jones’ deputy Vance Pearson, who has plead guilty to corrupt charges, from office.

“This is a somber day, but our UAW Constitution has provided the necessary tools to deal with these charges,” said UAW Acting President Rory Gamble. “We are committed at the UAW to take all necessary steps including continuing to implement ethics reforms and greater financial controls to prevent these type of charges from ever happening again.”

The moves comes as the corruption probe deepens into the UAW.

Today, General Motors announced that they were suing Chrysler for racketeering. GM charges that by bribing top UAW officials that Chrysler had an unfair advantage in contract talks in 2015.

A racketeering lawsuit could possibly reveal even more corruption within the UAW. Many fear that the Trump Administration may move to prosecute the union for racketeering and place it under federal oversight.

Already, anti-union forces have successfully used the corruption scandal to hurt the UAW in their efforts to unionize Volkswagen’s Chattanooga plant, where the UAW lost by a swing of 29 votes in June.