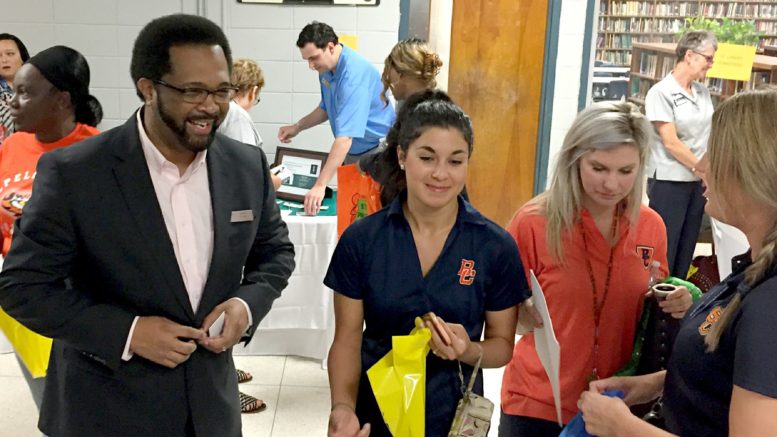 Across the South this spring, teachers have gone on strike in West Virginia, Kentucky, North Carolina, and Oklahoma.

However, according to leaders of the Louisiana Federation of Teachers, the survey shows solid support for some type of direct action.

“What we learned is that teachers want action, and soon, in a state that has frozen education funding in nine of the last 10 years, and in which the average teacher salary has actually declined,” Larry Carter, president of the Louisiana Federation of Teachers, said at a press conference yesterday.

The survey conducted between April 10 and May 7 showed that teachers overwhelmingly favored direct action to increase teacher pay.

However, only 48 percent of teachers said that they favored local action, with the vast majority, 61 percent of all respondents, preferring statewide action. (Click here see the full results of the survey)

The survey also shows that 78 percent of teachers say they have considered leaving the teaching profession because of low pay.  According to the union, teacher pay in Louisiana currently ranks nearly $2,000 a year below the southern region-wide average.

The union says that they don’t intend to strike right now, but plan to explore ways to continue to build support for direct action over the summer through the fall and up until the state’s next legislative session next spring.

Carter told reporters in a press conference that his union was inspired after watching the events in West Virginia.

“I do believe there has been a spark coming out of West Virginia where they (teachers) are looking to colleagues across the country and thinking maybe it is their time,” he said.

The Louisiana Association of Educator (LAE),  which represents approximately 20,000 teachers in the state, says they feel support is also growing within their union for a strike.

“I feel like the momentum is sort of building, the frustration is building,” LAE Legislative and Political Director Shane Riddle told the Advocate.

“A decade-long funding drought has been devastating for our schools, our teachers, and school employees, and the children we serve,” said the LFT’s Carter. “When lawmakers meet in a fiscal session next spring, they will be forced to decide whether they will support public education or face an angry, organized resistance.”