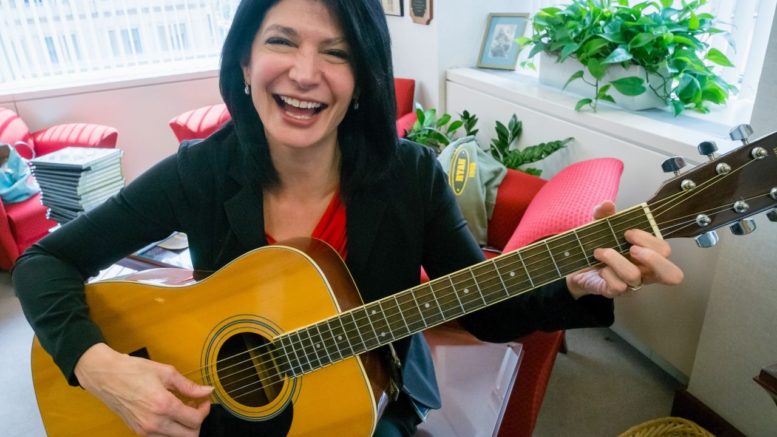 In this photo taken Sept. 19, 2014, National Education Association (NEA) President Lily Eskelsen Garcia poses with her guitar after an interview with The Associated Press in her office at NEA headquarters in Washington. (AP Photo/J. David Ake)

Over at the Guardian, Payday Senior Labor Reporter Mike Elk has a profile of why NEA President Lila Eskelsen Garcia is so optimistic about the future of organized labor:

As the first Latina president of the NEA, García believes the #MeToo movement against sexual assault and harassment has drawn new energy into America’s teachers’ union, whose ranks are 77% women and whose members have launched a series of high profile, and successful, strike actions for better pay and more funding for public schools. With nearly one quarter of all union members being teachers, García says the teachers strikes have made important connections between organized labor, communities of color, and women.

“If you look at the strongest unions today, they are our public sector education unions and these are unions that by and large are made up of women with women leaders,” said García. “We aren’t not sitting by and accepting the status quo.”

For more go the Guardian, to read the full story.