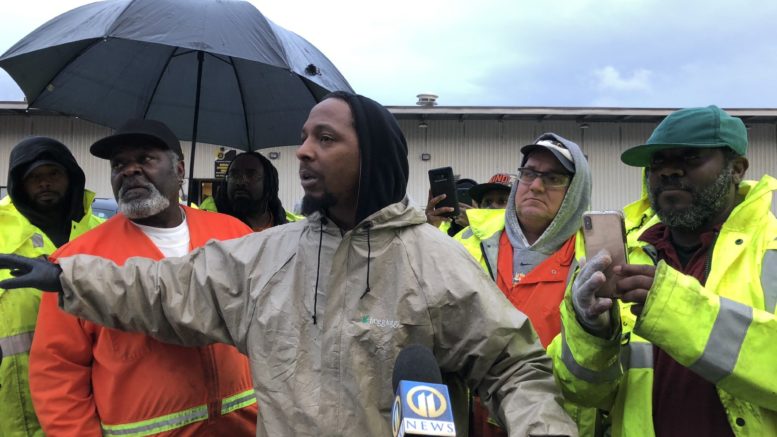 Payday’s Strike Tracker Map, now up over 160 strikes, continues to have a significant effect on the conversation nationwide.

It is more than passing ridiculous that the cable news people insist on covering the smattering of angry (if armed) shut-ins who are popping up outside of various state capitols as though this were an actual movement instead of the latest kabuki outrage performance art from America’s conservative ratfcking industrial complex. The attention becomes ever more absurd when you realize that an actual national movement is being completely ignored.

Thanks to the invaluable Payday Report, we learn that, over the past several months, more than 140 wildcat strikes have occurred, most of which involved employees who feel that their health and safety is being endangered, and that their employers have not taken sufficient steps to protect them in the workplace. The strikes cover almost every high-risk category, from a McDonald’s in Florida to a Boeing factory in Washington state. Fifty workers walked off the job at the Smithfield Foods plant in Crete, Nebraska, and library workers engaged in a “sick-out” in New Orleans, as did sanitation workers in Shreveport and bus drivers in Richmond, Virginia. This is what used to be called “labor agitation” in the last Gilded Age. It used to be something every medium covered.

Check out the full article in Esquire here.

For a small crowd-funded publication, we continue to have a big impact on the debate. Thanks to everyone who sent in tips. Keep emailing them to [email protected].

While the rest of the media is ignoring the story, we are getting cited in major outlets like the New York Times, the Houston Chronicle, the Mississippi Clarion-Ledger, Vice, the Louisville Courier-Journal., and FAIR’s Counterspin.

Our work, funded by regular workers, is forcing a conversation in the mainstream media on what deserves coverage during the pandemic.

As Charles Pierce says, “This is the ultimate Both Sides story. Joe Beergutz wants his burger and fries, so the people at the meatpacking plant have to die. Cover both sides, then.”

Donate so We Can Keep Covering Labor’s Fightback against COVID-19.