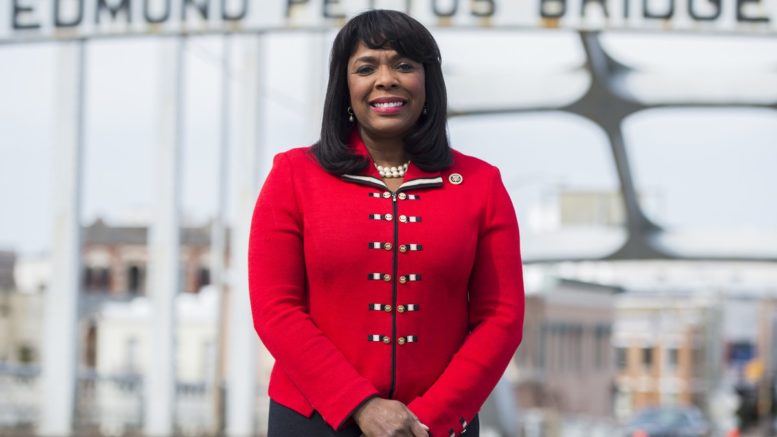 Greetings from the Burgh, where I am finally getting back to good health after being out of the ballgame. However, while I have been sick, I can’t help but stay glued to what’s happening in Bessemer, Alabama.

So today we’re bringing you a special edition of the latest from Birmingham. Thank you again to everyone who donated to our paid sick day fund.

Now that President Biden has stepped into the ring and has started fighting on behalf of workers, Congressional Democrats have more momentum to become involved in Alabama.

Shortly after Biden filmed an ad announcing his support for workers at the plant, Black Birmingham Congresswoman Sewell, whose district voted for Biden by a margin of 70%-28%, tweeted: “President Biden and I firmly stand with you in your fight for the right to unionize!”

In addition to Congresswoman Sewell, former Alabama Sen. Doug Jones, who comes from a family of three generations of Northern Alabama steelworkers, is also expected to become involved, tweeting on Monday: “The ‘right to work’ also means ‘the right to unionize’ free from intimidation and threats and I stand with @POTUS, @RepTerriSewell and so many others supporting workers attempting to organize a union at the Amazon facility in Alabama.”

The support for Amazon workers in Alabama comes at a time when Payday has learned that management is trying to create a divide between old workers and young workers in the plant.

In an Amazon warehouse, a picker can walk on average 12 miles a day. As a result, “young” workers typically work faster while older workers struggle.

According to interviews with workers, in this culture of high turnover, a Crossfit-like esprit de corps develops among many of the young workers who can endure the brutal working conditions.

For many of the younger workers, who come straight out of high school, the average wage of $16-an-hour plus some health care benefits is better than any job they could have had in Birmingham where the minimum wage is a mere $7.25.

Likewise, many take deep pride in being able to complete the difficult physical tasks of being a picker.

Despite the fact that the upper management at the Amazon warehouse in Alabama is almost entirely white, Amazon has hired a crew of entirely Black “union avoidance consultants” (as they call themselves) from the law firm Morgan Lewis to ensure that their messages connect with the majority-Black workforce.

In captive audience meetings, Amazon has planted seeds of doubt in workers’ minds telling them that a union could lead to the plant closing and that a union contract could even prevent deserving workers from getting a raise.

“I know malarkey when I hear it,” says anti-union Amazon worker Eric Jones, who works as a picker at the plant. “It could benefit us or it could hurt us.”

In private one-on-one meetings, the Black union avoidance consultants have told workers that management is listening to workers now and that their team of Black management has been brought to listen to workers.

Some workers, who are against the union, have even been given raises and promotions ahead of the union election as a sign of management’s supposed commitment to listen more to workers.

For some workers, the one-on-one meetings with union avoidance consultants have given them a new sense of confidence, one where they believe they can face the challenges of their workplace alone as individuals without the unions.

“I think it’s harder for [workers] to move up in the companies,” says 48-year-old pro-union Amazon worker Jennifer Bates. “So for them to even give them attention, makes them feel important.”

In this confusing atmosphere of alternating favoritism by management and fear tactics against unions, many workers are scared of the consequences of voting for the union and are open-minded to pitches from management that would give them an opportunity to do better before taking the “drastic” steps of voting for a union.

An Inside Look at Feeling of Terror in Anti-Union Meetings

Over at The American Prospect, retired New York Times labor reporter Steven Greenhouse, the “dean of labor reporters,” has a long interview with RWDSU union organizer Josh Brewer on the culture of intimidation and confusion being bred during Amazon’s anti-union meetings. Brewer tells Greenhouse:

They send every worker a few text messages a day. They have inundated their phones. They also do a walk-around [in which supervisors walk around and talk to individual workers]. The supervisors have a “give us another chance” spiel, and they take the workers water and candy. There are also captive-audience meetings. They’re more classroom-style. They’re basically a regular meeting, and they talk about total union spending on automobiles, how much they spent on travel and cars last year. Things like that.

What’s been most appalling is when a union activist who can’t take it anymore gets up and says, “The union doesn’t encourage that type of stuff. Enough is enough. Bring in the union. Give us back our essential pay.” And you’re called to the front of the room. They take a picture of your badge like you’re an infidel. They cast you out of the room and send you back to work. Once you’re identified, you’ve been marked.

There’s this continual inundation of harassment. It’s constant. For seven weeks, they’ve been harassing the workers every day. The workers think, Is this my future? If I don’t vote or don’t get involved, maybe it will go back to what it was, and I won’t be harassed every day.

Alright folks, that’s for all today. Thanks for the donations while I was sick and for helping give me a break. Keep the donations coming so we can continue to cover the historic union election at Amazon in Alabama.

Be the first to comment on "Young vs Old in Amazon’s Divide vs. Conquer Strategy – Dem Machine Revved Up to Fight Back – Terri Sewell & Doug Jones Speaks Out"