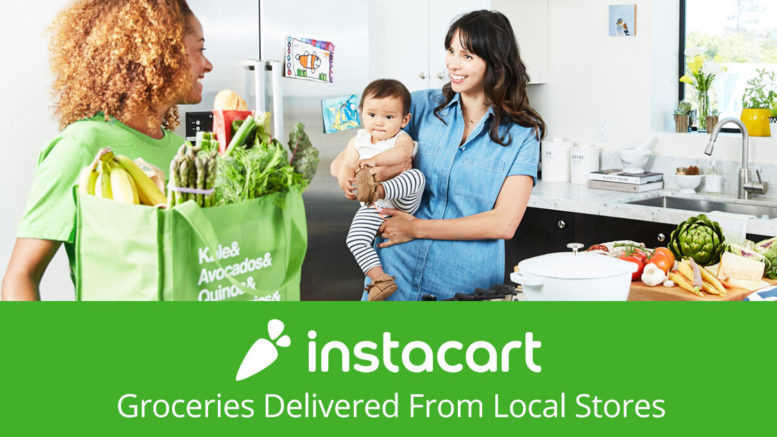 “I have been trying to hide my cough all day,” says 38-year-old Lyft driver Carlos Ramos.

Ramos, who lives in Bakersfield, typically drives three hours up into San Francisco to make more money. However, Ramos says the last few days in San Francisco have been a bust.

Ramos says that Lyft has provided him with very little information about how to stay safe, telling him to wipe down his car regularly. Ramos says that he would prefer not to drive, but since he has no paid sick days, he feels he has no other option but to work.

“It’s scary, but I have to pay bills and make a living,” says Ramos.

Vanessa Bain is an Instacart grocery delivery driver in the Bay Area, who says that she has been sick all week as well. However, with more people self-isolating in an attempt to prevent transmission of COVID-19 coronavirus, she says that she has seen an increase in customers asking her to buy things for her.

“Essentially, people are outsourcing the risk of going out and contracting the virus to us for a few bucks,” says Bain.

The widespread usage of rideshare and delivery drivers is a dangerous vector that will likely accelerate the transmission of coronavirus. The vast majority of the people who get the coronavirus will never show any symptoms of it; thus many drivers unknowingly will pass the coronavirus on.

On average, most rideshare drivers pick up 25-30 passengers a day. Even with ridership in some areas down as people self-isolate, many people are still using Uber or Lyft to get to work or to pick up groceries.

Drivers on apps like DoorDash and Postmate say that they are still dropping off 20-30 meals a day to people, interacting with dozens of restaurant staff and consumers.

Likewise, Instacart grocery delivery drivers like Vanessa Bain say that delivery drivers often make ten deliveries a day. Not only are they dropping off groceries for ten different people, but also going into ten different stores and interacting with hundreds of people over the course of a week at a time when public health experts are telling people to self-isolate.

With people too scared to go out and buy their own groceries, Instacart drivers are putting their lives on the line to make a few bucks.

“It’s really scary to think about that I could be out there spreading the coronavirus, but I have no other choice but to work,” says Bain.

As more people self-isolate in their own homes as the coronavirus spreads, even more individuals are likely to rely heavily on rideshare and delivery drivers to provide essential supplies. Hence, it could be beneficial for companies to put precautionary rules and provide necessary safety equipment to keep the employees safe. Moreover, online businesses can look for courier service companies or for other places, which implement all these facilities for their customers’ order delivery.

However, unlike in Asian countries food delivery drivers received protective equipment and training on how to prevent the spread of the coronavirus, rideshare and delivery drivers in the United States have said they received no support whatsoever from the multi-billionaire dollar app companies for which they work. Instead, those who get ill are left to rely on their life and health insurance to get them through if they need treatment. Whilst they might be able to look at this policygenius review to get the best life insurance possible, it shouldn’t be up to workers to protect themselves. Companies have a duty of care towards their employees, otherwise, they’ll have no employees left.

“All they have done is sent us an email and tell us to keep our cars clean and use hand sanitizer,” says Lyft driver Ramos. “What if I am breathing the same air as someone who has coronavirus that’s going through the car’s air system. I try to drive with my windows open to prevent this, but it’s scary.”

Rideshare and delivery drivers say they are proud of being able to help people during the coronavirus outbreak, but they would like to be able to do it safely. They say they would like protective masks, gloves, and other gear to wear. In the absence of this, some may have even decided to invest in life insurance After detailed research to help them find the best policy for them and their needs so that their families will be protected, should the worst happen to them.

Like in many Asian countries, these app companies could do day-long safety training to prep them, but so far, the app companies have refused to do it.

“Part of the reason that these companies don’t want to provide us with any real safety training is that then they would have to admit that we were employees,” says Bain.

Last year, California passed AB5, which expanded many key workers’ employee rights to rideshare and delivery drives, which have long argued that their drivers are merely “independent contractors.”

Companies like Lyft, Uber, and Instacart have largely refused to comply with the law and challenged it in court. By offering workers training, the companies would be showing a level of legal responsibility for the drivers that would complicate their arguments that these drivers were merely “independent contractors.”

Instead, Uber, Lyft, DoorDash, Instacart, and others have invested $110 million in a ballot initiative to overturn AB5. Money which, workplace advocates say, could be spent on providing workers with proper safety gear and training for the coronavirus.

Worker advocates say that mayors across the US should use their legal powers to force these companies to give their workers training.

“Local mayors could make the operation of these companies in cities contingent upon the companies making basic commitments to public safety, ” says UC Hastings labor law professor Veena Dubal, whose legal analysis was cited in a major California Supreme Court ruling against app companies’ argument that their drivers were merely “independent contractors.”

“If regulators don’t force gig companies to take basic precautions for public health purposes, then they are putting their communities at risk,” says Dubal. “I challenge mayors to take this crisis as an opportunity to overcome their politically-rooted aversion to regulating gig companies.”

Be the first to comment on "Why Aren’t Mayors Protecting Delivery Drivers from Coronavirus?"