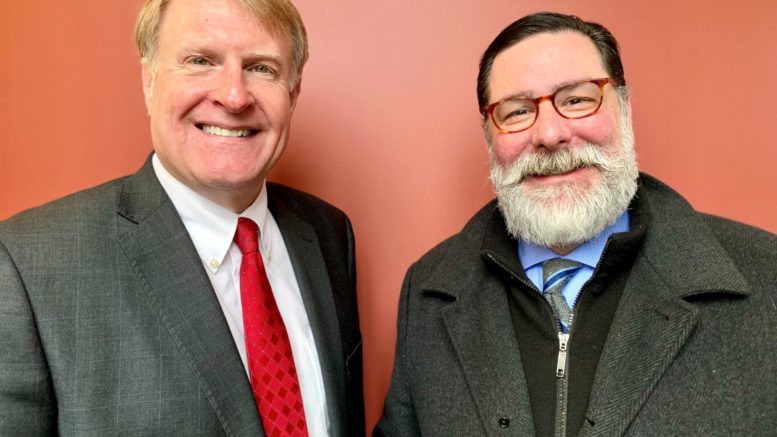 PITTSBURGH, PA. – Today, video of hundreds of people partying on St. Patrick’s Day on Pittsburg’sh South Side went viral around the nation.

Despite warning from national public health experts that people need to stay in their homes except for essential services such as buying groceries or medical help, most local elected officials in Pittsburgh have so far refused to even encourage people to stay out of bars or restaurants.

On Saturday, Pennsylvania Governor Tom Wolf ordered all non-essential businesses, restaurants, bars, and entertainment venues in 4 suburban Philadephia communities. However, the ban has yet to be extended to the rest of the state.

However, in the city of Pittsburgh and its surrounding Allegheny County, where the first two cases of coronavirus were reported on Saturday, elected officials have refused so far call for such “social distancing” measures demanded by many public health experts.

However, both the city and county have faced criticism from public health advocates for declining to call for measures enacted in Philadelphia’s suburbs to stop the spread of the coronavirus.

“We’re learning from the rest of the world that taking bold action early can not only stem the growth of this virus but save untold numbers of lives. You may ask why we’re not enforcing this earlier,” Mayor Peduto’s Chief of Staff Daniel Gilman told the Pittsburgh Post-Gazette. “I know that declarations like this can be a shock, and they can cause a panic. I want residents of Pittsburgh to be able to plan, especially as many with school-aged children are looking at child care needs going into Monday. Others may have events this weekend. … We don’t want to have to cancel a wedding or a bar mitzvah or Mass or temple services.”

“Transparency is the most important aspect of our current time, And I don’t see much of it at the county level currently,” Hallam in an interview with Payday “All I see is these PR releases trying to contain the hype instead of being realistic about it, and it’s frustrating. Especially as a countywide elected official who has a duty to her constituents”.

“I think they think that by delaying the inevitable, we are better off. But every county and city and state that has been where we are right now, has exclaimed the opposite,” says Hallam. “The only way to contain this is to be open and honest with the people who are effected.”

Hallam called for the immediate passage of legislation to provide for paid time off for service industry employees so that restaurants and bars in the city can be closed as quickly as possible without adversely affecting workers. Additionally, Hallam called for a moratorium on evictions, expanded unemployment insurance, paid sick days, and free child care for workers performing essential jobs forced to work during the outbreak.

“Pass the legislation NOW. We Don’t NEED to wait – leadership is CHOOSING to,” wrote Hallam in a message to Payday Report. “We all need to work together to protect our constituents – particularly the most vulnerable ones who don’t have the protection of paid vacation days and paid sick leave.”

Donate to Help Us Cover the Fight Back Against Coronavirus