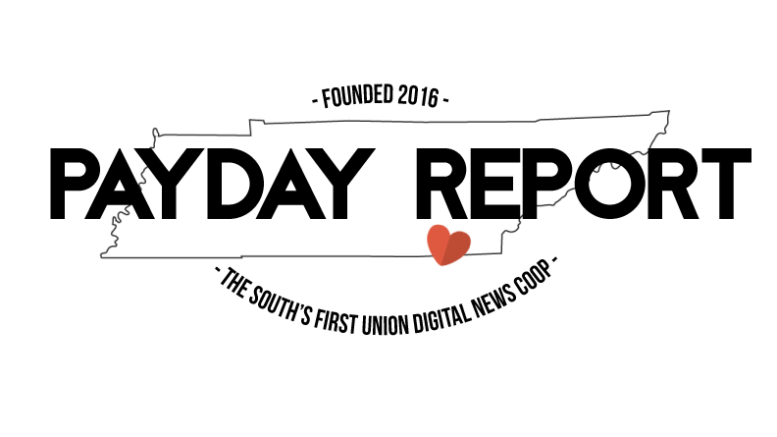 MORE EXCITING NEWS: we just got a small grant from the Democracy Collaborative to cover municipal broadband and the works council system in eastern Tennessee.

As a result of the massive outpouring of fundraising support, several foundations have asked me to present to them and I am meeting with unions to talk about underwriting as well. People in the non-profit world are saying that if I show that I can raise enough money from donors that folks may invest if its sustainable.

So please, pledge to give monthly if you can so that we can show these foundations that Payday is not just a worker co-op, but a consumer co-op. Those who give to Payday will be invited to monthly meetings were we discuss what is going on with Payday and what things we should be covering.

Thanks for all the solidarity, now go enjoy your weekends.