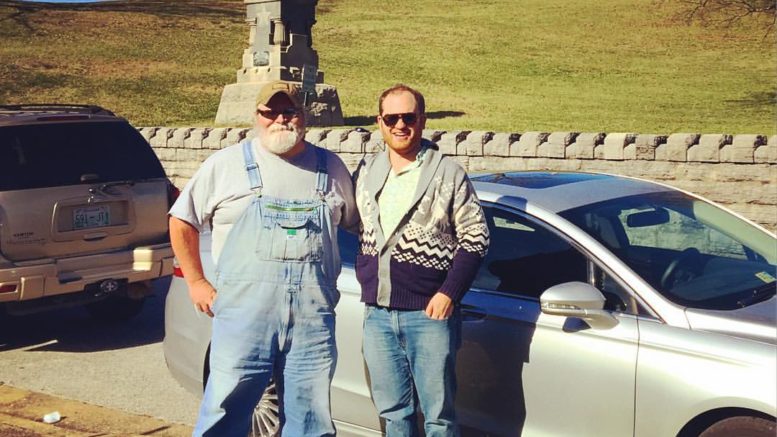 Greetings from Chattanooga, Tennessee: The Pittsburgh of the South. For the many of us, who live in red states, we just wanna say that Donald Trump becoming President isn’t the end of the world. The government can suck and people still figure out a way to make progress.

It just means a lot of folks from up North are gonna have to understand the South to understand how folks in red state resist despite being outnumbered and outgunned. Hell, just tell time to readjust our game plan.

As Donald Trump signals that he is going to make “Right-to-Work” national, y’all up North are gonna have to understand how organizers in the South still win victories in  even deep red states like Tennessee.

The South is currently the fastest growing region in the U.S. for union membership despite the fact every state in the South except Kentucky being “right-to-work” (that could change soon, though, now that the state house has flipped to Republicans). Last year alone, the South picked up 150,000 union members and my good buddy Rick Ellis at the IBEW in Chattanooga tells me gonna be a lot more this year.

The North better listen to the South. Southern organizers got some lessons about tough organizing to teach y’all North.

Fortunately, Payday will be there to help bring to the nation the incredible story of why the South is the fastest growing region in the country for union membership. We need your help to do so give if you can, we could certainly use it. Donate here.

This past election was an indictment of the failure of the corporate media to get out in the country and understand real workers.It was indictment of a media system that is too heavily centered in New York City and D.C. and treats real workers like circus exhibits.

However, Payday is a lot closer to the action in Chattanooga, Tennessee and we actually have friends that work with their hands for a living (I know a rarity in this day and age). Hell, Payday Folk Labor Ombudsman drives a CSX train between Nashville and Louisville every week – we talk to workers every single day. (If you wanna hear a successful Southern union organizer talk for 55 minutes about how to really organize folks, I highly suggest your check out this episode of the Folk Labor Desk podcast sponsored by Railroadmusic.org)

We know workers and we can get you the inside story on what is happening and how the left can learn how to organize effectively in a “right-to-work” setting.

We got a lot of big stories we wanna cover this year; the renewed efforts by Republicans in Kentucky to pass “right-to-work”, the renewed attempt by the UAW to have another union election at Volkswagen in Chattanooga, and the growing strikes of construction workers across the South upset about low wages.

So donate to Payday so that we can help show the left that organizing in a red state or a red country is tough, but hell, you can still kick some shit.