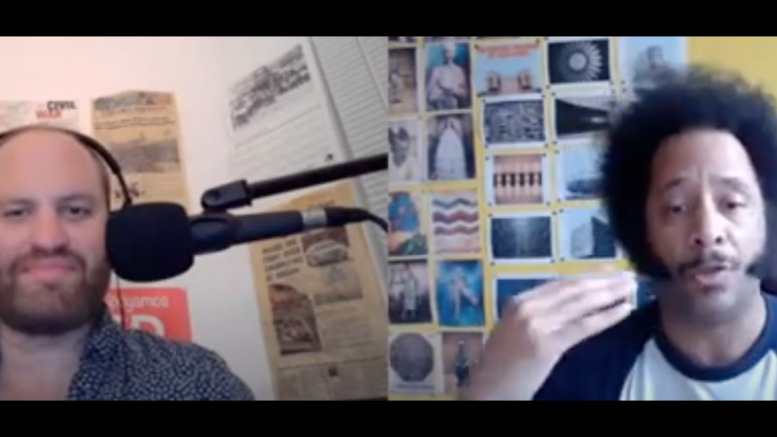 Late last fall, “Sorry to Bother You” director Boots Riley and I sat for a wide-ranging discussion. We discussed the strike wave, the failure of labor leaders to understand certain communities, and the need to build an independent media movement.

Boots also gave a preview of his new TV show and upcoming films.

Give the full 71-minute interview a watch.

Here are full highlights and we hope yinz watch the full thing.

MIKE: Why was the phrase essential workers dangerous?

BOOTS: “It made the necessity of that labor a lot more amplified because they started talking about essential workers, that was a mistake, maybe on the part of the ruling classes to let the media talk about that, like, you know, in the sense that, you need these folks to make, you know, to keep the gears running, to keep the gears of society [running] and so people started having more of a sense of their own worth.”

“I’m calling it a cinematic album, in which ‘Sorry, to Bother You’ was the first single, and there’ll be, there’ll be eight cinematic songs, if you will. And I have deals for a lot of them already.”

Boots also discusses his new Amazon TV show “I am Virgo” about a 13-foot Black man living in Oakland.

How the Strike Wave Spread & Payday’s Role in Covering it

“We’re definitely at a different place than I’ve ever seen before. And part of it is, you know, maybe because of the access to information about these other strikes,” says Rile.

“I think a big difference between what you are doing and the general independent media is doing and I try to touch on in “Sorry to Brother You” is that there is a diference between just showing people that things are bad and how they are bad, which is what media does across the board even what is thought of as progressive media,” says Riley. “We just don’t need independent media or independent or progressive or radical media, we need independent radical media that is going to show people how to fight back, how other people are organizing”.

“We are at the beginning of what could be one of the biggest strike waves in US history…Twenty  years from now, someone is gonna wish they were here in this time doing the things we are not doing. We gotta take advantage of this moment.”

Also, Boots talked about how he used Payday Report’s Strike Tracker to inspire a wildcat strike at a supermarket.

Give the whole interview a watch. It’s well worth it.

Since March of 2020, Payday Reporter’s Strike Tracker has documented more than 1,800 strikes. Our work covering these walkouts has had an enormous impact, with NPR to The Economist to The Washington Post citing our reporting.

“You could count on one hand the number of outlets, whether they’re mainstream or radical, that pushed this fact,” Riley said of our work tracking more than 1,800 strikes since the beginning of the pandemic.

But in order to travel, we need your donations. Your contributions will help pay for gas, lodging, food, and salary on the road as we cover strikes across the U.S.

So, if you can, please donate today as the holiday season approaches. Or, sign up as one of our 662 recurring donors.

Your donations help a lot as I recover from COVID and rest from crowdfunding. Thanks for again for all of the support.

Be sure to watch the full 70 minute Boots Riely and Mike Elk conversation on the strike Movement.