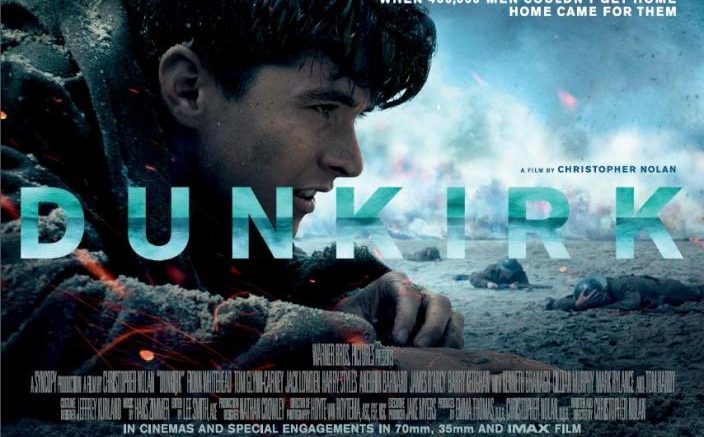 Prison labor advocates say that Dunkirk's use of prison labor should disqualify it from receiving any Oscars.

In January, Payday Report revealed that the hit movie “Dunkirk” used convict labor to help construct their set in France.

Now, a Warner Brothers spokesperson has defended the use of convict labor in a series of texts and emails sent to Payday Report. However, Warner Brothers has also refused to answer direct questions about how much this convict labor saved the company and the various production companies employed in making the film.

In the official “Dunkirk” companion book “Dunkirk: The History Behind the Major Motion Picture” by Josh Levine, set decorator Gary Fettis bragged that the use of prison labor in set construction saved the film money.

“The amount of work needed led to some interesting collaborations,” wrote Levine on page 327 of the book, quoting set decorator Fettis. “‘The big fenders on the ships, they use giant rubber balls nowadays, but back then they were made out of rope, woven in thick hemp. We had to make about ten of them.’ They found a Dunkirk man who had re-rigged a ship for a local museum. ‘He knew how to weave these bumpers. And he employed prison labour to make them. First-time offenders, kids, they weren’t hard-core criminals.’

“I hope the producers know, because we saved a lot of money that way,” Fettis boasted in his comment to Levine, the film’s official historian.

Shortly after our story was published, Warner Brother spokesperson Jack Horner defended Dunkirk’s use of prison labor, saying that the laborers used on set decoration were workers who were not in prison but had instead been put into a special probation work program run by Centre Technique d’ Insertion de Dunkerque (CETIDE). In some cases, workers had been given the option of either going to a prison facility or entering the CETIDE program.

“The production was pleased to participate in the mission of this association,” said Warner Brothers spokesperson Jack Horner in a statement to Payday Report.

According to Horner, the workers were “employed under the correct rules and regulations required by French law relating to an official and state-backed Association.”

“CETIDE is subsidized by the City of Dunkirk, signed and financed by ENTREPRENDRE ENSEMBLE, the DIRECCTE, the County Council of the North, and the European Social Fund,” said Horner in an email. “We worked closely with the city of DUNKIRK, which recommended that we work with all local entities —  one of which was CETIDE, which offers social and professional support through a work contract that helps people who have special integration difficulties.”

However, over a period of two weeks during which Horner engaged in back and forth communication with Payday Report, he refused to say exactly how much the workers were paid and whether or not they were paid prevailing union wage rates. Horner would only repeat that workers were “employed under the correct rules and regulations required by French law relating to an official and state-backed Association.”

In spite of Horner’s claim that everyone was done according to French law, set designer Gary Fettis stated in Dunkirk’s official companion book that the use of the convict labor “saved a lot of money.”

“When any worker is under the control of the state—in prison, on probation, etc.—they have little power on the job,” Pulitzer Prize-winning prison historian Heather Ann Thompson told Payday Report. “They can’t demand prevailing wages and safe workplaces. And despite their protestations otherwise, that is exactly why companies hire men and women under correctional control.”

Paul Wright of the Human Rights Defense Center said that use of convict labor on the production design of Dunkirk, which has been nominated for 8 Oscars, ought to disqualify the film from receiving any awards.

“The prisoners were not free to choose to work or not work nor were they able to freely negotiate their wages,” said Wright. “And the movie studios exploited their labor to boost their bottom line and engorge their already obscene profits on the backs of prisoners who were neither free to decide whether or not to work for the studio in the first place, much less negotiate their wages.”

“If this were a Chinese movie studio and the prisoners were Chinese, would anyone even be asking these questions?” asked Wright.