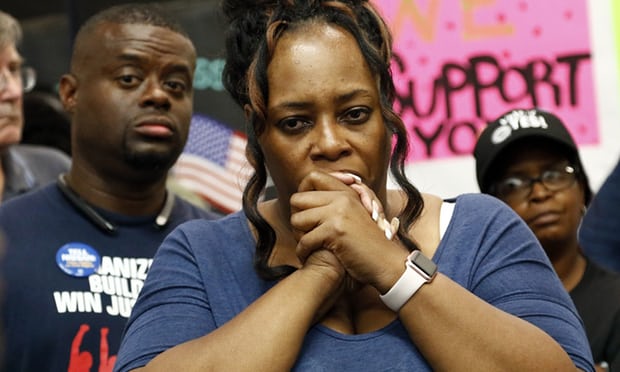 Over at the Guardian, Payday Senior Labor Reporter Mike Elk filed a dispatch looking at how the Black Lives Matter movement is putting pressure on European companies to do right by the workers they employ in the South:

Supervisors at Electrolux forced workers to attend one-on-one anti-union meetings, where they were grilled about their views on union membership and their work performance. Managers also warned workers that if they unionized, the plant could close. Workers voted against the union by a narrow margin of 57 votes in February of 2015.

After the vote Randall Middleton, the IBEW’s director of manufacturing, flew to Stockholm to meet with IF Metall, the 325,000-strong union that represents Electrolux in Sweden, and brief them on the tactics that had been used to scare workers.

Under pressure from the union, Electrolux reigned in anti-unionization tactics, and workers planning a new vote found support from the Black Lives Matter activists marching in the streets. In July 2016, during the lead up to the election, some workers took part in a protest occupying the Hernando De Soto Bridge over the Mississippi River.

“When they saw us occupying that bridge, they knew that power, and that people in the community had their back,” said Keedran “TNT” Franklin, an organizer with Coalition of Concerned Citizens.

The IBEW subsequently won a landmark victory at Electrolux’s plant by a margin of 461-193.

Be the first to comment on "Guardian: Justice in the factory: how Black Lives Matter breathed new life into unions"