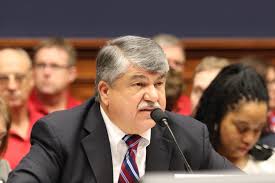 Greetings from the Burgh, where it is very, very cold at 30°.

Sign up today to become one of more than 540 recurring monthly donors.

Also, if you prefer, you can make a one-time donation.

Help us cover labor’s fightback against fascism.  Thank you to all our donors who pitch in.

Last week, the AFL-CIO and nearly every major union in the country sent out statements calling on Trump to resign from the presidency or be impeached immediately.

However, instead of calling for a General Strike to remove Trump (as unions and labor federations representing over 600,000 members said they would do in the past), unions merely sent out press releases last week denouncing Trump.

The result was that nothing happened.

The General Strike, which some unions had prepared to undertake last fall, had been previously ruled out by AFL-CIO President Richard Trumka, according to an email obtained today by Payday Report.

In late November last year, as Trump continued to challenge the vote, the Vermont AFL-CIO prepared to pass a resolution calling for a General Strike.

Then, Trumka fired off an email to Vermont AFL-CIO instructing the labor federation not to pass the General Strike.

“Per Rule 19 of the Rules Governing AFL-CIO State Central Bodies, ‘No state central body shall have the authority or power to order any local union or other organization to strike or take a strike vote.’ Therefore, the Vermont State Labor Council may not hold a vote to authorize any strike and thus any debate is not germane at your convention,” Trumka wrote in the email obtained by Payday Report.

As a result of Trumka discouraging local labor groups from mobilizing for a General Strike, it appears that labor has little leverage in forcing Trump from office.

Payday will continue to cover how unions are mobilizing to force Trump to leave the office in the upcoming days.

Donate to help us continue to cover this vital story.

While General Strike talk has cooled nationwide, wildcat strikes across the country over unsafe working conditions are heating up, particularly in Arizona.

In Peoria, Arizona, hundreds of teachers engaged in a “sick-out” strike to protest the Peoria Unified School District.

“Hopefully this sends a message that we need to be heard and hope they install metrics and come up with a plan. If not we will have to do it again,” said the Peoria Education Association in a statement.

For more, go to KNXV.

In Cicero, Illinois, in the suburbs of Chicago, teachers are also refusing to work in classrooms. The move comes after the Western Suburbs Teachers Union filed unfair labor practices against Cicero School District 99 for refusing to bargain a COVID-19 safety agreement with the union.

“By demanding that we return to classrooms in the midst of the pandemic, Superintendent Rodolfo Hernandez and the District 99 Board of Education are not prioritizing the safety of our teachers and school staff,” Cicero Council President Rachel Esposito said.

For more, go to WGN.

Nurses in Hawaii Vote to Strike by 93%

“The nurses have spoken. It is very clear they feel the hospital has left them no choice but to take this action to protest Kapiolani management’s disregard for our concerns and the hospital’s continued unfair labor practices,” Daniel Ross, president of the Hawai’i Nurses’ Association, said in a statement.

For more, go to the Honolulu Star-Advertiser.

Please, keep donating so that we can provide you with the type of labor reporting that no one else is providing.

And the best way to support us is to become one of our more than 540 recurring donors today.