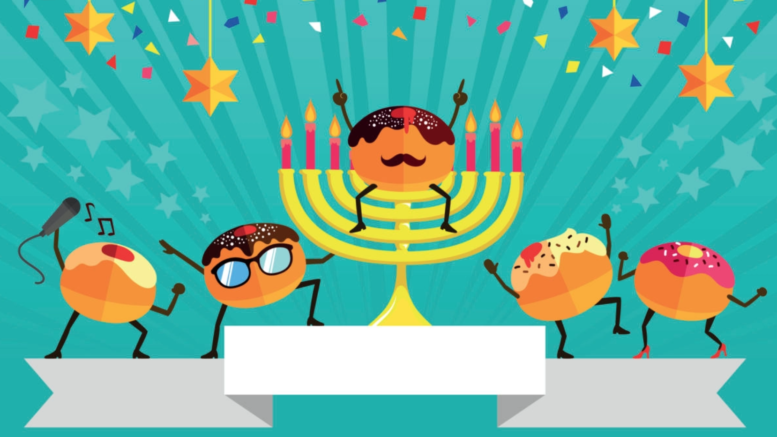 This Friday, December 3rd, we’re throwing a Hanukkah fundraiser at Murphy’s Tap Room in Regent Square, where I grew up. Party will start at 5 and going till 9 p.m (maybe even later – it is Regent Square after all).

Come out and celebrate the Season of Light with Payday Report as we play pool, shuffelboard, darts, weird party board games, and listen to music on a sweet jukebox while lots of folks talk union.

In honor of my mixed Jewish-Italian-Irish mixed yinzer heritage, we will have latkes, Aiello’s pizza, and lots of beers. We don’t have a big budget so we are making it a potluck. Feel free to bring a dish with you as Murphy’s Tap Room doesn’t have a kitchen and is BYOF: Bring Your Own Food. Likewise, there are several restaurants with takeout food options on the same block.

If you can’t make it, you can donate online here.

The night is a fundraiser to keep our Strike Tracker going strong, which has tracked more than 1,670 strikes since the beginning of the pandemic. We have had a huge impact. NYT, NPR, WaPo, The Economist have cited our Strike Tracker and after a $10,000 grant expired, we need your help to keep it going!

Also, with the increasingly likely MLB lockout expected to start on December 2nd, we’ll also be raising money to cover the MLB players’ lockout and their continuing efforts to unionize Minor League Baseball players. The lockout would be the first since the 1994-1995 season. Additionally, Payday is continuing our coverage of unprecedented minor league player organizing.

So, come out to our Hanukkah Happy Hour on Friday, December 3rd to Murphy’s Taproom in Regent Square. RSVP here on Facebook and invite your friends.

And if you can’t make it, donate to our Hanukkah fundraising fund here.

Celebrate the season of light and help us raise money to keep the Strike Tracker going.

Be the first to comment on "This Friday, Hanukkah Party Fundraiser for Our Strike Tracker"