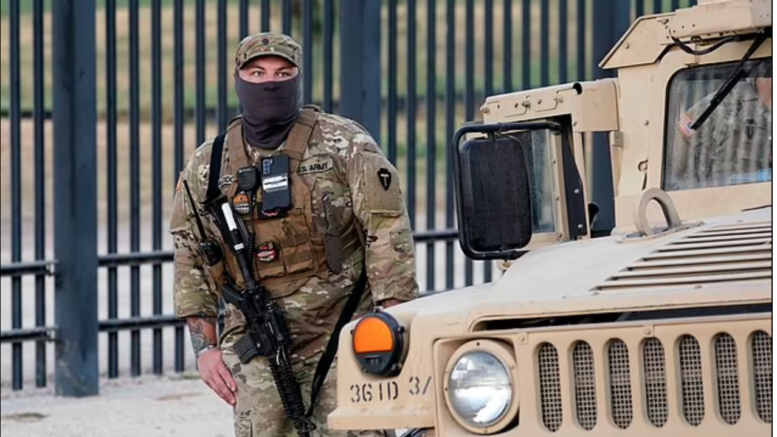 Greetings from the Burgh, where Payday just wrapped up fundraising for our biweekly payroll goal a day early.

Thanks to all those who donated.

On January 25, the Department of Justice granted the right to unionize to National Guard members called to active duty.

Now, nearly a month later, Texas National Guard troops stationed along the U.S.-Mexico Border are the first in the nation to unionize. More from the Army Times:

The first meeting of the Texas State Employees Union’s Military Caucus, which consists of troops on state active duty orders assigned to the border, is scheduled for next week, according to a soldier leading organizing efforts. The soldier requested anonymity due to fear of retaliation from Texas Military Department leadership ahead of the meeting.

The soldier affiliated with the union, whose identity Army Times has verified, posted about the upcoming meeting in a Reddit community dedicated to sharing news about the border mission.

With National Guard members being used to replacing striking nurses and bus drivers that walk out, it will be interesting to see if unionizing will limit their use to replace striking workers.

For more, check out the Army Times.

In a class-action lawsuit against this practice, MLB argued last week in court that it did not need to pay minor leaguers.

“It is the players that obtain the greater benefit from the training opportunities that they are afforded than the clubs, who actually just incur the cost of having that training,” argued Elise Bloom, the legal representative assisting Major League Baseball, in court filings last week.

Advocates for Minor Leaguers, which won the right to housing for minor leaguers last year, quickly denounced the move.

“This system does not make any sense,” said Advocates for Minor Leaguers in a statement. “It’s time for minor leaguers to receive a liveable annual salary.”

For more, check out Advocates for Minor Leaguers position here.

While a bulk of media attention has gone to the 90+ Starbucks that have moved to unionize since last December, coffee shop workers across the nation are also unionizing at smaller coffee shop chains like Colectivo Coffee in Milwaukee and Coffeetree Roasters here in Pittsburgh.

“We want to support every barista that wants to seek unionization,” Great Lakes Roasting striker Lex Blom told The Detroit News. “We’ve been in contact with a couple of the people from Ann Arbor (Starbucks location) and we want to establish more contact as more Starbucks start to unionize in Michigan and I think we’re going to start seeing it pick up pretty quick.”

For more, check out The Detroit News.

“Alamo locations in other states are mandated to pay their employees higher wages, but we are consistently one of the most profitable Drafthouses in the company … We pay for the company to open new locations, while ours is falling apart,” server Zach Corpstein said in the release put out by their union the IWW.

For more, check out KVUE.

Alright folks, that’s all for today. Donate today to help me cover COVID costs as I get back on my feet from a two-month bout with Long COVID.

Or, please, if you can, sign up as one of our 667 recurring donors today.

Thank you to everyone who has donated and supported our work.