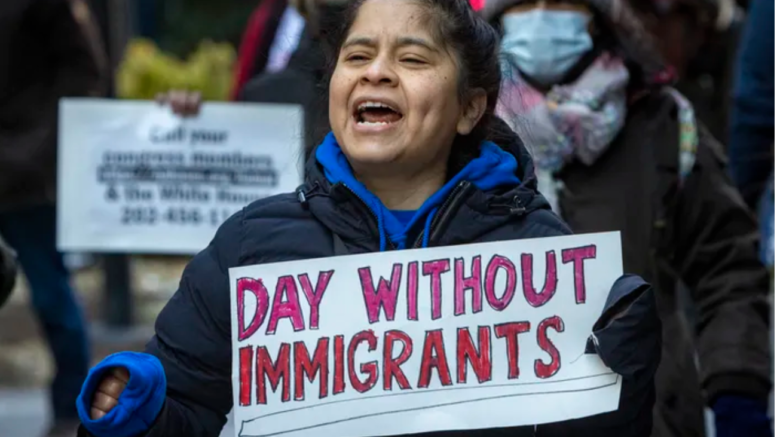 Greetings from the Burgh, where we are three days away from our bi-monthly payroll.

A Day Without Immigrants Protest Nationwide

Today, scores of immigrants skipped work and protested a lack of immigration reform as part of the nationwide “A Day Without Immigrants” action.

“Most of us in the immigrant-rights movement here in Pennsylvania feel like the Biden administration has failed us,” Andy Kang, executive director of the Pennsylvania Immigration and Citizenship Coalition, told the Philadelphia Inquirer. “We haven’t seen the White House commit to a different vision of immigration, one that isn’t based on locking people up.”

For more, check out The Philadelphia Inquirer.

In the St. Tammany Parish school district in rural Louisiana, at least 60 school bus drivers took Friday off as part of a “sickout” strike.

Bus drivers complained of being paid poverty wages and struggling to get necessary parts for their buses.

“We are working at a failing business,” one bus driver told WWLTV. “Not because the product, the children, are being picked up or delivered as required, but the income cannot cover the cost.”

For more, check out WWLTV.

“When we all get together we can make a change,” Prep & Pastry cook Syncer Wilson told KVOA. “We can make the company pay attention to us, they can’t just get away with sweeping discrimination and racism under the rug.”

For more, check out KVOA.

The walkout comes after the company demanded workers reduce working hours from 35 to 33 hours while increasing workers’ wages. However, workers fear that the new purposed hour and shift-start changes would negatively affect the schedules of many working parents.

“The proposal to compute working hours on an annualised basis isn’t convenient for us,” Mireille Bordet, a CFDT representative in Asnières, said in a statement. “It will simply go to the detriment of our private life. Switching from 35 to go 33 hours [per week] won’t generate additional working time reductions [known in France as RTT] and will force us to work late in the evenings.”

For more, check out Fashion Network.

Alright folks, that’s all for today. Donate today to help me cover COVID costs as I get back on my feet from a two-month bout with long COVID. Or, please, if you can, sign up as one of our 667 recurring donors today. Thank you to everyone who has donated already.