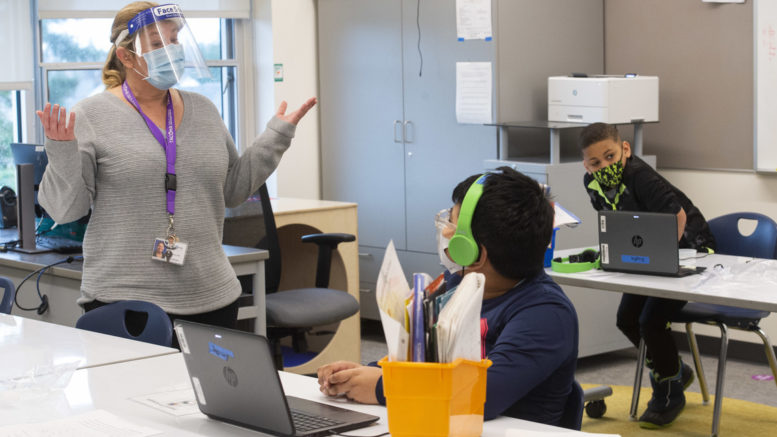 Folks, Greetings from the Burgh, where it’s a wonderful 60-degree day and we’re hoping that winter may soon be over!

$4,425 Raised to Cover Union Vote at Amazon in Alabama

As we begin to plan our on-the-ground coverage in Alabama, your donations are more crucial than ever in helping us determine what we can afford to do.

So far, we have raised $4,425 to pay for our Amazon coverage. Thank you to everyone who has donated so far to support our work. We’re still working hard to raise money, so please keep on donating so we can tell this story in a way that few other publications can. (If you missed our special edition newsletter yesterday on Amazon, check it out here.)

Remember, the best way to support us is to sign up as a recurring donor so we can keep growing our sustainable base.

Thanks to all the new subscribers this month, we have now exceeded our goal of 20 new recurring donors this month!

“By participating in a sick out on an asynchronous late-start Wednesday, we are having minimal negative impact on students while still being able to send a clear message to the district: look how many of your employees don’t feel safe with your hybrid model!” said the teacher group Safe Return Tacoma on their Instagram page.

For more, check out the Tacoma Tribune.

A new survey from Pew Research Center upends the myth that parents are opposed to teachers groups that have argued that schools shouldn’t reopen until every teacher has a vaccine.

In the survey, more than half of the parents polled — 59% — say they support keeping schools closed until teachers are vaccinated.

However, only 51% of White parents support calls that teachers not be required to return to school until every teacher has been vaccinated.

For more on the survey, go to Pew Research Center.

Last month, Payday covered the high-profile strike at Hunts Point Produce Market in the Bronx. After ending the strike, some workers have claimed that they are facing retaliation. New York Magazine has the story:

“They decided to lay me off,” the 34-year-old produce worker tells me, after D’Arrigo, his employer inside the multibillion-dollar market, terminated his employment. “Four days after the strike,” he says. “I’m from Hunts Point. Grew up right here. And I got fired.”

Union leaders have confirmed that at least 26 members have been let go since the strike first brought attention to the controversial labor dispute between Local 202 and the Hunts Point Produce Market managers over wage and benefit increases. And because the Local 202 head count relies on union members to self-report terminations across nearly 30 individual merchants inside the market, the number could realistically climb. One source inside the market warns that the total number of layoffs could be closer to 40 warehouse workers.

Finally, yesterday, Payday reported on how other unions are sending union organizers to help with the campaign at Amazon in Bessemer, Alabama. For more check out Dave Jamieson at HuffPost with a long look at solidarity efforts with Amazon workers:

Christian Sweeney, deputy organizing director at the AFL-CIO, said organizers have been pleasantly surprised at just how eager many workers are to discuss the union, with unusually high success rates when it comes to contacting people. He chalks that up partly to Amazon’s own information campaign, and workers’ desire to hear another side of the story.

“Workers are picking up the phone a lot more, certainly more than in the political season,” he said. “It’s rewarding phone-banking. Because the anti-union campaign has been so overwhelming, workers are more willing to talk.”

The AFL-CIO has pitched in on similar election efforts in the past, but Sweeney said the extent of the help offered in the Amazon campaign is unusual, coming from unions representing teachers, postal workers, service workers and others. Members of the federation’s local unions in Alabama have been writing individualized postcards to mail to Amazon workers in Bessemer. The North Carolina nurses, members of National Nurses United, have been sharing the story of how they won a landslide election at Mission Hospital in Asheville last year, forming a union of 1,600 workers.