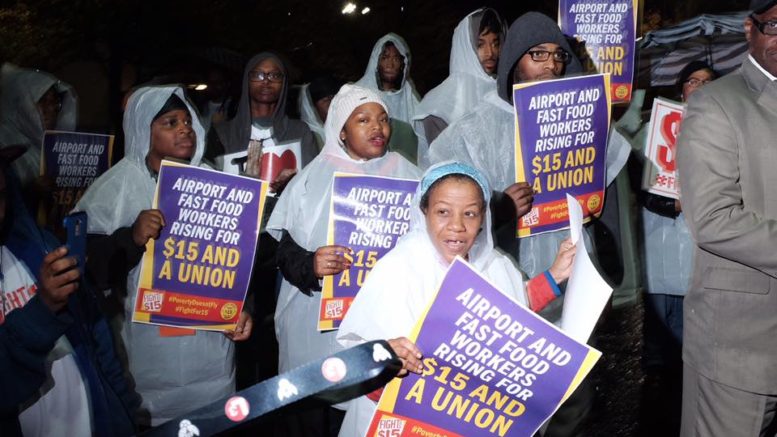 Fight for $15 Activists in Atlanta, who have accused the Atlanta Police Department of spying on them (ATL Rise Up).

Writing for the Guardian, Payday Senior Labor Reporter Mike Elk has a look at a new study showing that the federal government is the largest poverty wage employer in the country:

The study, compiled by pro-union group Good Jobs Nation, analyzed federal data and showed that the government spends more than $1.6tn on federal contractors employing more than 12.5 million people with 4.5 million of those workers making below $15 an hour.

Many of these workers are employed by contractors as janitors, cafeteria workers, call center workers, administrative assistants and healthcare aides, and union campaigners say they are being kept on poverty wages.

To read the full story, go to the Guardian.

Be the first to comment on "Study: 4.5 Million Workers on Federal Contract Paid Less than $15 an Hour"