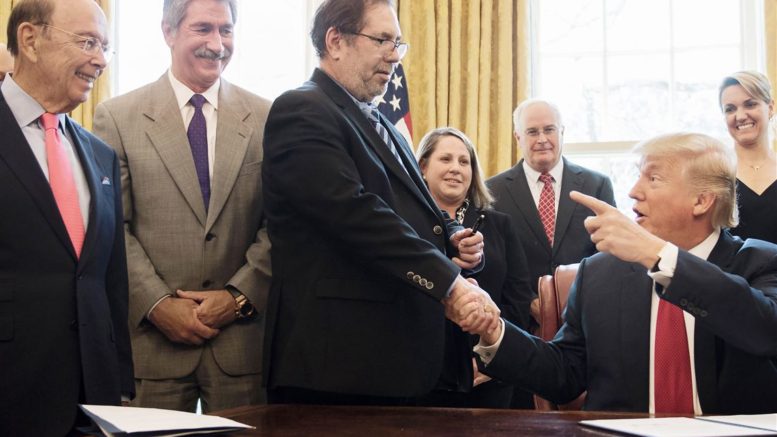 PITTSBURGH, PA. – The Steel City has been in a clean air crisis since a fire at the Clairton Coke Works on Christmas Eve 2018 knocked out sulfur emission regulations in two of the plant’s 10 coke ovens. Despite the lack of proper safety equipment, the Steelworkers union has joined with US Steel to argue for the continued operation of the two coke batteries until the proper repairs can be made over the next several months.

According to Environmental Health News, 25% of the days since the fire have been unsafe for asthmatics like me to even go outside. Many Pittsburghers like myself, have been forced to miss days of work, which especially rough for freelancers like , who have no paid sick days and lose money when we take time off sick.

While community activists have called for the “hot idling” of the facility until the repairs can be made, the Steelworkers Union has provided political coverage for US Steel by arguing that “hot idling” the facility would destroy the plant’s permanent ability to operate; thus costing union jobs. (This despite the fact that US Steel would have likely had to “hot idle” the plant when the Steelworkers voted to authorize a strike last fall that never winded up happening).

Indeed, the hostility to environmental and community activists calling for “hot idling” the plant has been so intense that a group of Steelworkers heckled an African American state representative from the Mon Valley, Summer when she called for the “hot idling” at a public hearing. (See Payday’s 2,000 word account of the scene and how the Green New Deal could change the dynamics of this situation).

Instead of joining together with local community members, United Steelworkers Vice President Tom Conway and U.S. Steel Vice President Sara Greenstein took to pages of the Pittsburgh Post-Gazette in a joint company-union oped to reassure the community that they were fixing the problem.

The op-ed comes only four days after U.S. Steel appealed an order from the Allegheny County Health Department to immediately reduce unsafe emissions of sulfur dioxide within five days; sparking outrage among in the affected community.

“Dear Tom, apparently you’ve forgotten one of the cardinal rules of labor unions. We are supposed to sit across the table from corporations, not in their laps” wrote noted community activists Mel Packer on facebook in reference to United Steelworkers Vice President Tom Conway.