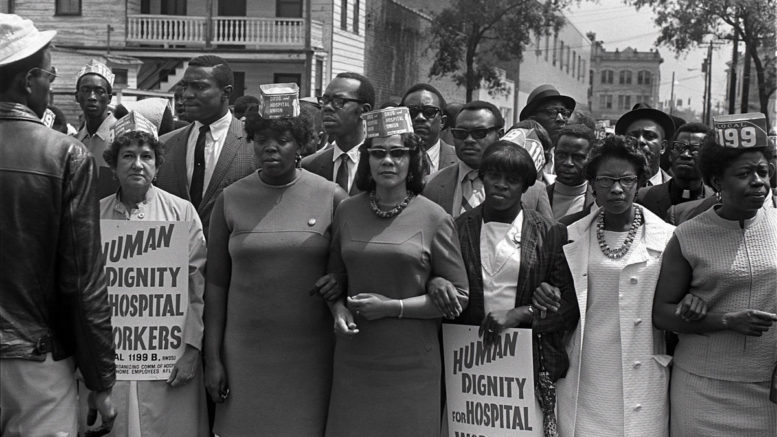 Payday Senior Labor Reporter Mike Elk filed  a dispatch for the Guardian examining how little has changed since the 1969 Charleston Nurses Strike:

In an email to the Guardian, MUSC stated: “It has been, and will continue to be, the policy of the Medical University of South Carolina (MUSC) to recruit, hire, train and promote into all job levels the most qualified persons without regard to race, color, religion, sex, age, national origin, disability, veteran status, genetic information, sexual orientation or gender identity.”

“If you walk through that unit right now and you see someone who looks like me please tell me,” said one former nurse at MUSC, who wished to remain anonymous out of fear of retaliation.

While the hospital has hired staff to focus on making MUSC more diverse and inclusive, black workers claim their voices are not heard. Indeed, they say, the board of trustees of MUSC will not even let workers speak during public comment periods at regular public meetings.

Read the rest at the Guardian.