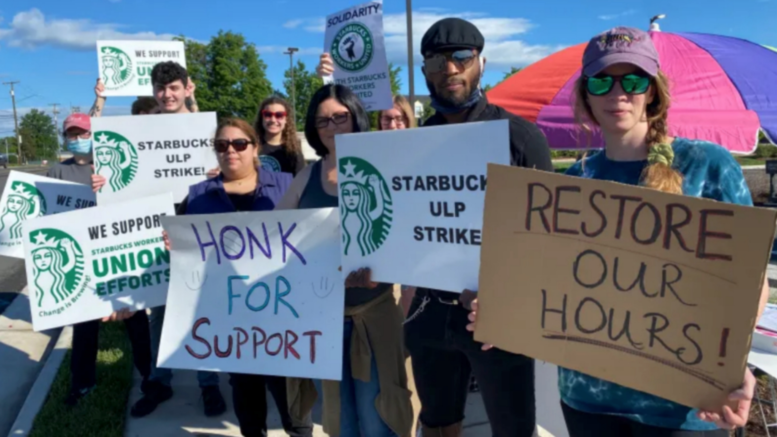 PITTSBURGH, PA – Payday Report’s Strike Tracker was launched in March of 2020 when we began seeing a huge uptick in the number of strikes at the beginning of the pandemic.

This week, we tracked our 2000th strike.

After a Starbucks in Leesburg, Virginia unionized in May, workers complained that their hours were being cut. As a result, these workers no longer qualified for the company-provided health insurance. While being scheduled for fewer hours, they were expected to work harder due to understaffing.

“We’ve emergency-closed several times for being understaffed. We’re constantly having to turn off mobile [orders], close the cafe, or close the drive-thru just to be able to function in our store. But they’re continuing to say we’re overstaffed and over-scheduled”, Starbucks worker-organizer Stephanie Jackson told People’s World.

To push back, workers went on strike.

This strike is one of many that we are seeing happening weekly around the country as workers at nearly 300 Starbucks locations fight for a first union contract at the retail behemoth.

The strike wave has helped to inspire new union organizing at major chains like Amazon, Starbucks, and Apple. We will likely see even more strikes as workers like those at Starbucks fight for first union contracts.

Payday needs your help more than ever to keep tracking these strikes. Our work has had a huge influence on how the strike wave was covered in this country.

Donate to help us keep tracking the Strike Wave. And please, if you can, sign up as one of our 692 recurring donors today.