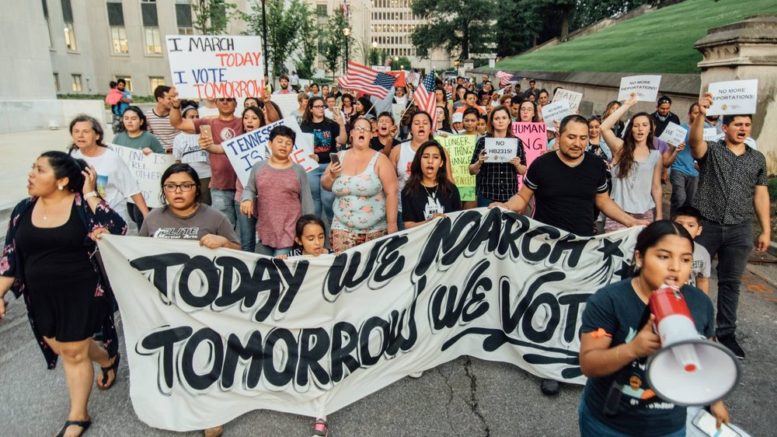 Writing for the Guardian, Payday Senior Labor Reporter Mike Elk looks at how the Painters’ Union’s new focus on organizing immigrants in Nashville is achieving results:

Ponce’s union is investing heavily to organize Latino workers in Nashville, where it currently has no traditional dues-paying members covered by union contracts that are Latino. Often Latino construction workers, despite being heavily skilled, are unable to join traditional unions because they lack documentation.

Last spring, the painters union launched a new worker center under the banner of Alianza Laboral that will allow workers in non-union workplaces to join the union as an affiliate member at half the dues of those covered by the union contract. The aim is to mobilize whole communities that otherwise couldn’t be a part to feel a sense of belonging in the labor movement.